The writing is (not) on the wall: why graffiti is more than just unauthorized art 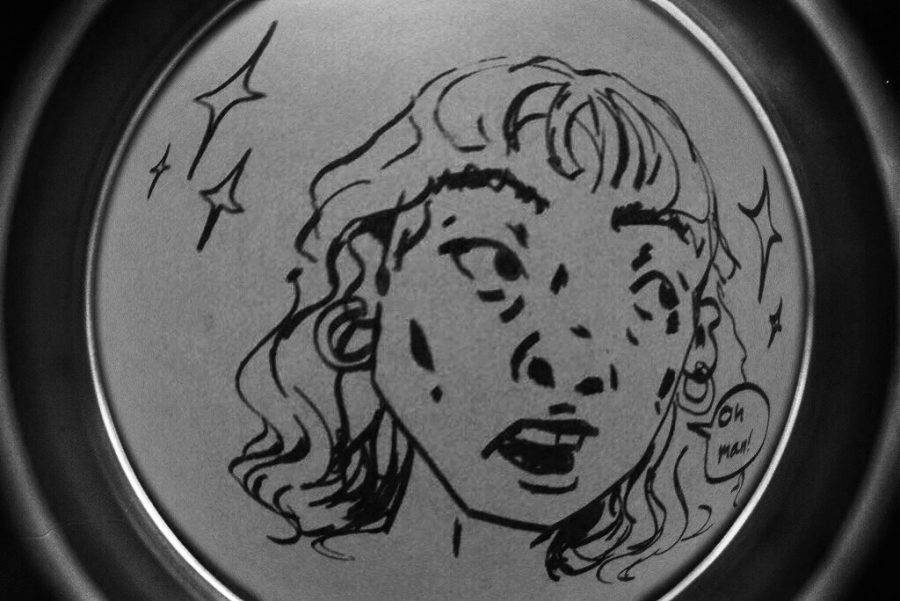 A Lowell freshman slips into a second floor bathroom, quiet and unnoticed. They close the sturdy brown stall door behind them with one hand, wielding a pencil in the other. They scan the wall before them, taking a moment to survey the various inscriptions that have gathered there over the years. Hastily they scribble a new message among the others, hoping it will reach someone who needs to hear it. Satisfied with their work, they reenter the stoic hallway. The words they left behind read: “It’s okay not to be okay,” the slogan of Hope For The Day, a mental health awareness organization.

Graffiti allows many Lowell students to express themselves, and it is something that should be embraced, not erased.

Graffiti is found everywhere from the sidewalks of San Francisco to the walls of bathroom stalls at Lowell. Many consider it an art form, and graffiti artists like Banksy and Fnnch have risen to fame in the past few decades. This art revolution has taken off in the streets and is finding a home, and a battlefront, in the hallways of Lowell.

The SFUSD Student Handbook groups graffiti with vandalism, listing it with a variety of other behaviors that are “not acceptable.” SFUSD believes that graffiti has a negative influence on the student population, but a lot of the graffiti found at Lowell are positive messages, words of encouragement and even beautiful art pieces. Graffiti is something that students are using to express themselves, and the art that they create should be preserved.

Student-generated graffiti around school can serve a benign purpose. The aforementioned freshman (who decided to remain anonymous for privacy concerns) has created a variety of graffiti pieces at school in order to spread awareness about mental health issues and suicide prevention. Their messages are always positive, and the student believes that similar supportive art like their own pieces should be allowed. “Everyone should express themselves in their own way, and if graffiti is how you want to do it, then go ahead,” they said.

Junior Chloe Rimer appreciates the beauty she sees in graffiti around Lowell. “The graffiti is interesting to look at,” Rimer said. “Sometimes you’ll see a cool drawing and it’ll take your mind off of school for a little while…as an artist, I like to see what other people are drawing or what they’re saying.”

These students feel that graffiti is something benefitting our community, but some staff members disagree. Graffiti is a persistent problem for one of the janitors (he chose to remain anonymous for privacy concerns), who is strongly against student-graffiti. He considers the pieces a plague to the school’s reputation, and feels the need to erase students’ scrawlings as soon as possible. “If we don’t do anything and leave the graffiti, it is like an illness, it will be everywhere,” he said.

The administration is trying to control graffiti in hopes of preventing more vandalism. They too feel that graffiti should not be allowed on school grounds for it not only breeds more vandalism, but also damages our reputation. Graffiti has many negative stereotypes which Lowell does not wish to be associated with. “The school is always trying to stop graffiti, or else it grows,” said Ivan Yee, the Interim Assistant Principal.

There is a crude and disrespectful aspect to the creation of graffiti. By definition, graffiti is the illicit defacing of property. The reason people do not support the creation of graffiti is because it would mean that our school is pushing illegal practices and supporting the delinquency of students. The same people feel that if Lowell allowed graffiti it would not only be breaking current SFUSD rules, but it would mean, to them, that the community supports and advocates for crude drawings. They believe that students would be in a better learning environment if they expressed their opinions in a classroom setting rather than randomly on a bathroom stall.

Though some drawings and messages may be crude, the administration should not be cracking down on all forms graffiti found at Lowell. Students enjoy seeing others thoughts and musings. If Lowell did allow student public art it would be in line with the districts code. Schools, such as Ruth Asawa SOTA, have student-made art inside the school, and the pieces are highly cherished by the school’s population. This is a method of expression, not delinquent activity. Lowell could follow in SOTA’s footsteps of cherishing student-made work by designating walls or areas for graffiti. This would serve a double purpose: students could display their art, and any disrespectful graffiti people make would be contained to those areas and therefore easier to find and erase. San Francisco is a community that values and protects people’s right to express themselves, and students should be allowed to voice their opinions by way of graffiti. This doesn’t mean the school should condone negative graffiti, but rather develop methods to promote student creativity and art.

To prevent harmful or hurtful graffiti, the administration could create a form that students and staff can use to report offensive drawings. AP Studio Art teacher Kirsten Janssen stands behind this idea. “It should be a community effort [to respond to graffiti] if it’s offensive, if it’s destroying something, or making [something] ugly,” she said. The right to artistic expression has a line that we, as a community, cannot cross when it comes to offensive vandalism. Fortunately, this problem is something that a reporting form could solve in an efficient manner.

Lowell’s all-encompassing anti-graffiti policy is something that needs to change. Graffiti is an outlet for student expression and can offer students a new perspective about the school or the world around them. Though not every drawing and message is positive, we can’t paint all graffiti with a broad brush, because each piece is diverse and individual. Especially as we witness a national rise in student activism, students have become encouraged to voice their opinions. With this in mind, we should not only allow expression at Lowell, but embrace it as well.