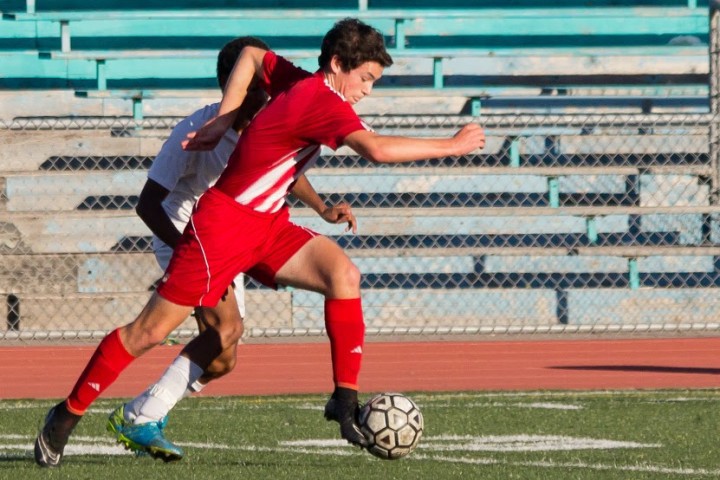 Defender Jacob Hawver-Pachter pushes the ball down the field in the Cards’ win. Photo by Karina Huft“Our defense was tight. Our offense was clicking.”

After last year’s devastating loss in the semifinals due to a lack of hustle, the Cardinals came in giving their all, bringing home victory. According to senior midfielder Daniel Sullon, the Cardinals’ momentum and trust with one another heightened after the Mission semifinals game. “I was confident going into the game,” head coach Juan Lopez said. “We had a good game against Mission. Our defense was tight. Our offense was clicking.” 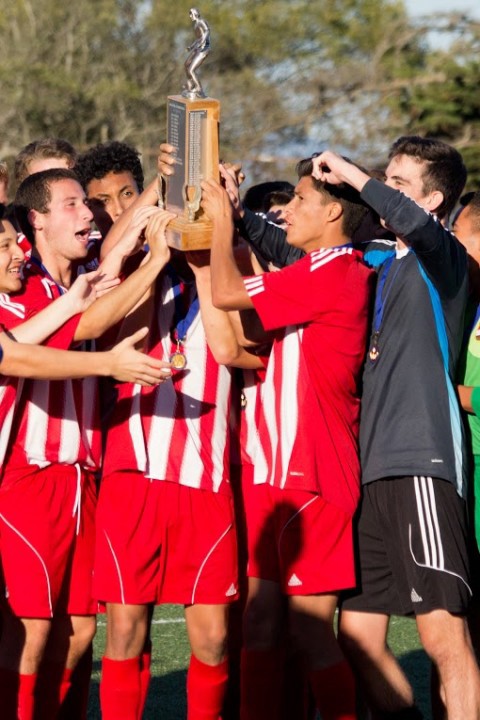 The boys’ soccer team celebrates its 2–0 victory in the championship over the Galileo Lions on Nov. 8. Photo by Karina Huft“They were not going to beat us in the midfield.”

According to Lopez, the original 4–2–3–1 formation that the team played throughout the season was slightly altered to a 4–3–3 formation for the semifinal and championship game to gain maximum possession of the ball. “They were not going to beat us in the midfield,” Lopez said. “The [opposing] teams would play at the top. That’s why I took out the outside midfielders. It gave us more opportunity to score and that put pressure on our opponents.”

Knowing there would be more tension at the top, outside midfielders junior Parker Moxley, sophomore Nicholas Kaliss, and senior Alex Rupert were moved up to play as three forwards. During the championship game, the offensive pressure that was created with the three forwards led to Alex Rupert scoring off a corner kick.

In the second half, with Lowell leading 1–0, the Cardinals took advantage of the Lions’ offensive focus and Even Berhe was able to thread a pass between two Galileo defenders to Cian O’Dwyer who made the final goal.

“Once we started to sync together and recognize what our job was in the new system, we became unstoppable.”

From start to finish, the Cardinals looked strong, executing their formation well. “Coach always told us to find that moment and put the team on our back and make something out of nothing,” junior forward Parker Moxley said. “Alex Rupert did this best, scoring three goals in the semis and the finals. We knew we were the better team, we just couldn’t show it earlier in the year when we tied Galileo. Once we started to sync together and recognize what our job was in the new system, we became unstoppable.” 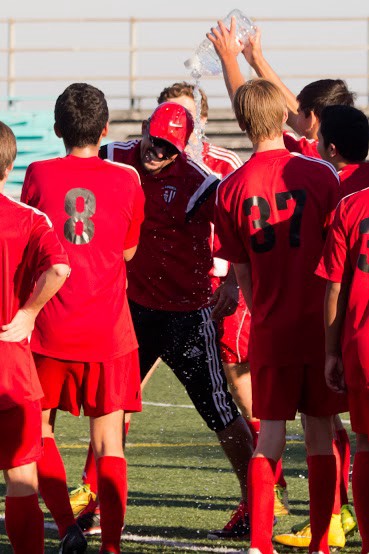 Head coach Juan Lopez is drenched with water after the team’s title win. Photo by Karina Huft“It’s balanced, good for defense and we can get back on the attack with the counterattacks we’ve been practicing.”

With the new offensive 4–3–3 formation, the defense that worked well with 4–2–3–1, continued to hold strong while offensive pressure was also brought to the table.“[The defensive formation] was helpful because players were able to play their positions that fit them,” senior midfielder Even Berhe said. “It was more defensive so we rarely got scored on.” The next step was taking the defensive pressure the team learned from the 4–2–3–1 formation and converting that into the offensive pressure they needed to finish the season as victors. “Personally, I think this is one of the best formations there is,” Moxley said. “You can take a look at all the professional European teams and see how well it actually works. It’s balanced, good for defense and we can get back on the attack with the counterattacks we’ve been practicing.”

It was more than just the formations that helped this team. According to senior center back and co-captain Luis Bautista, it was the team spirit. “We treat each other like family,” Bautista said. “Last year, we did not have this bond we have this year. Everyone did exactly what it was expected from them.” 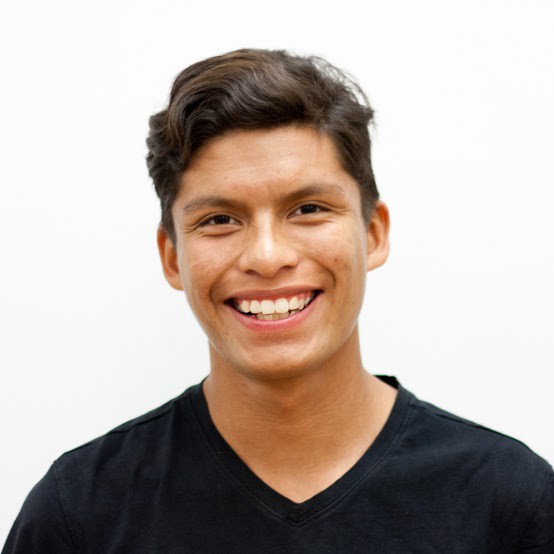 As this season’s MVP, senior co-captain and center back Luis Bautista took on the role as a leader for this team, pushing his teammates to be the champions he knew they could be. “He was very consistent and a good captain,” senior midfielder Even Berhe said. “He made our defense very strong and was a big reason why we won the championship.” According to senior co-captain and midfielder Freddy Marin, without Luis, the Cardinals’ defense wouldn’t have been so successful. “I tried really hard to lead this team to victory,” Bautista said. “Being vocal during the game was my biggest contribution.”