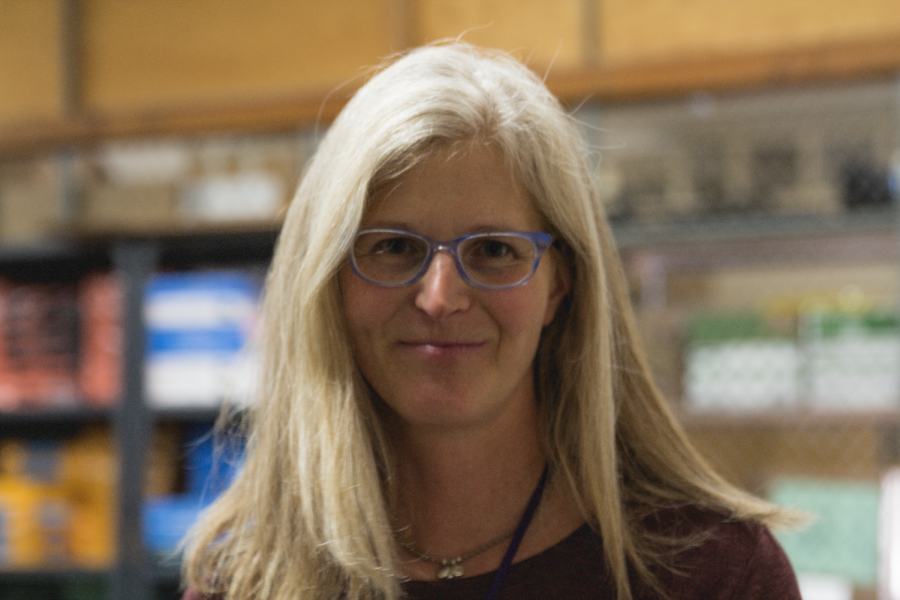 While most students recognize her as Lowell’s bookroom secretary, Rachel Lewis doesn’t only talk books. “One thing that I wish Lowell students knew about me is that they can come to me whatever their problem is,” Lewis said. “I might not know the answer but I can help you find out what it is.”

Lewis has been a friendly face at Lowell for five years, but her life has taken her down many other roads. Her journey began at the University of California Berkeley, where she majored in English.

In her sophomore year, Lewis struggled to get the classes she wanted. Determined to enroll in courses, Lewis found herself sitting through under-enrolled classes to collect signatures from professors on her add-drop slip. “I got some really cool classes that way that I would’ve never gotten otherwise.” One of these unexpected classes was folklore, which ended up becoming one of her biggest passions.

But while Lewis organized her classes, other forces took control of her personal life. In her junior year, one of Lewis’ best friends fell off of the roof of his fraternity house after becoming inebriated. He broke his back and spent six months in the ICU, where Lewis visited him daily. “I would go to class and then eat something or not and I would go sit with him at the hospital and then I would go and finish my homework and I would wake up in the morning and do it all again,” Lewis said. This cycle was detrimental to Lewis, who fell sick and was forced to finish her coursework over the summer.

This setback became a turning point in Lewis’s college studies. She spent most of that summer in the UC Berkeley library stacks researching psychoanalytic folklore for a class paper. When she returned to her classes the next semester, Lewis had reached a pivotal life decision: she wanted to study folklore.

Lewis approached her longtime teacher, prominent folklorist Alan Dundes. “I wrote the paper and I brought it to my professor and was super nervous because I told him that I wanted to be a folklorist,” Lewis said. “He was really supportive. I thought he was going to laugh at me to be totally honest.” Her professor invited her to take graduate courses with him, and when she later applied to PhD programs he wrote her recommendation.

From there, Lewis attended Indiana University at Bloomington, one of four U.S. universities at the time with graduate programs in folklore. Her Ph.D work was interrupted when Lewis was called back to California to care for her sick sister. As a result, she didn’t finish her dissertation.

In San Francisco, she was offered a position as a lecturer in Folklore at UC Davis. Lewis worked at Davis for a year, which she loved.

After this, Lewis’s life took another turn. She married her current husband and took time away from work to focus on raising her children. Following this intermission, Lewis began searching for work again.

Initially, Lewis considered going back to school to get a teaching credential, or teaching at private schools where credentials are not required. She also considered being an administrator. ¨I like administrative work because it’s kind of about creating an invisible system to support people so that they can do their best work which isn’t very different from teaching,” she said.

Lewis was finally offered a job as an educational consultant, working to find real estate agents and schools for wealthy out-of-country families. “I loved the work but I hated trying to get rich people to pay me,” Lewis said.

From there, Lewis was recruited by SFUSD, with which she had previous volunteering experiences at her children’s schools. She began as a substitute secretary in Lowell’s registrar’s office five years ago, and now her official title at Lowell is 1426 senior clerk typist.

After navigating through some of life’s twists and turns, Lewis has a few lessons to hand down to Lowell’s students.  “Everyday, wherever you go, you just do your best to show up and try, and the people who also are willing to show up and try always make your day brighter,” she said.