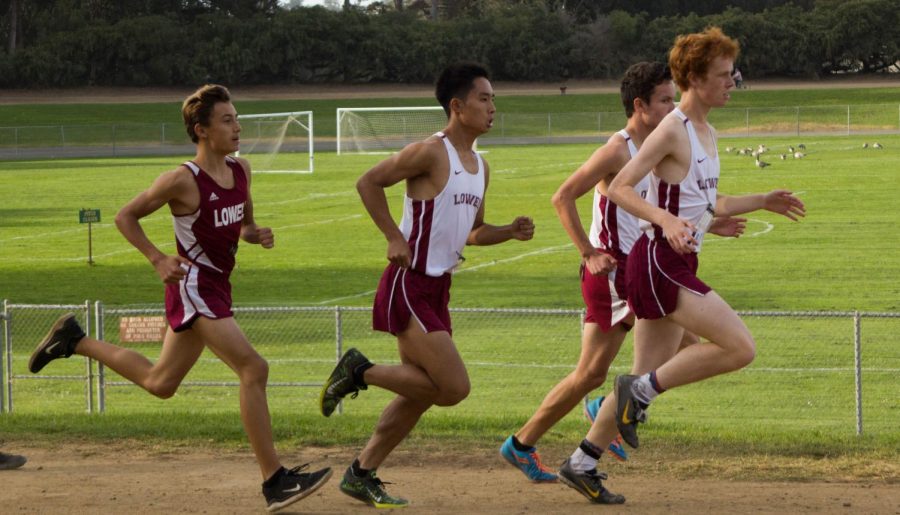 On Oct. 31, Lowell’s cross country team warmed up on the Golden Gate Park Polo Field beside their competition, the Galileo Lions and the Lincoln Mustangs. The Halloween spirit was in the air as the girls took on the 5,000-meter course.

Costumes and face-paint were abundant before the race, and the holiday kept the course mostly empty and quiet, according to senior Noah Battaglia. Despite the festivities, the runners kept their focus on the competition.

This meet was the team’s second-to-last league meet of the season. Battaglia finished first in the boy’s 5,000 meter race with a time of 16:12, and other varsity members took the next ten spots, including senior Ian Lawrence, who finished second at 16:19, and junior Zachary Parker, who took home third with 16:50.

Among the varsity girls, Lowell also took the first six spots, with Satovsky and Holcombe taking home first and second place with times of 19:41 and 19:42, respectively.

With the season almost over, the Cardinals are nearing the AAA All-City Championships. Freshman Elizabeth Holcombe, a rising star on the team, ran this meet with the upcoming competition in mind. “All City is in two weeks or so and a lot of people are starting to think about that and prep for that,” she said. “This meet is a chance to see where you’re at.”

According to freshman Jenna Satovsky, the team is in a promising position. “This is basically our peak time,” Satovsky said. In keeping with this account, senior James Holcombe reported that the team has improved throughout the season, which he noticed especially on the girls’ side.

While the team as a whole is planning to crush their competition at All-City on Nov. 14, every runner has set personal goals. Battaglia aims to beat the school record, which is currently held by Mikolaj Krajewski who ran the 5,000 meters in 15:48 in 2016.