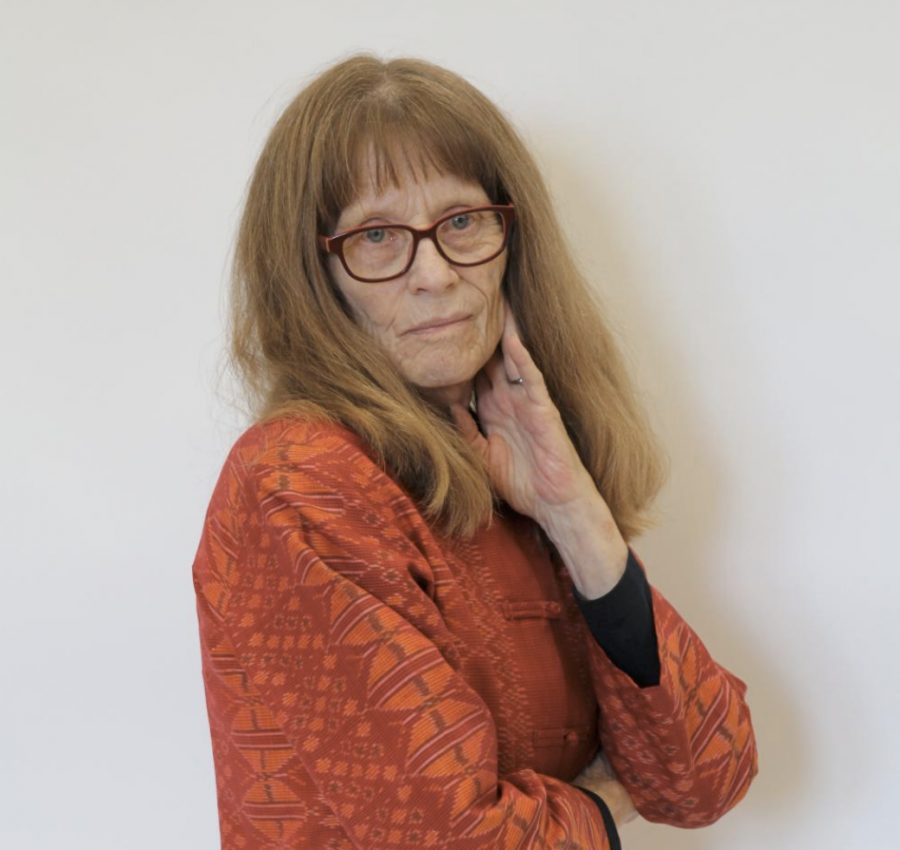 Mary Carolyn Nickels, a Lowell English teacher and yearbook advisor, died on Sept. 25 at her home on Treasure Island. She was 71. Nickels was well known within and beyond the Lowell community for her gregariousness, robust work ethic and love of ’70s music.

The cause of her death was cancer, according to junior Elysia Cohen-Cox, Nickels’ granddaughter. Nickels is survived by her son, Nathan, her mother, Mary, her brother, Scott, her sister, Judy, and five grandchildren, including Cohen-Cox. Her father, Walter, and a second brother, Frank, predeceased Nickels. A celebration of life is planned for Nov. 3 at 2 p.m. at Lowell in the Carol Channing Theater.

Appreciated by her students for her empathy and wry sense of humor, Nickels taught freshman and sophomore English literature as well as expository writing for 12 years. She also was the advisor for Lowell’s yearbook, Red and White. In her English classes, Nickels often used scenes from The Catcher in the Rye, The Bell Jar and other novels she assigned her students to impart life lessons and evoke lively in-class discussions.

Described as “a giver, and not a taker,” by principal Andrew Ishibashi, Nickels was seen by many students, including junior Nicole Stetsyuk, as a parental figure who they could go to for advice and counsel. “My family isn’t really involved in my life because they’re always working and busy, so I don’t really have people that are [parental] figures for me, but Ms. Nickels took on that,” said Stetsyuk, who was in Nickels’ Registry. “I went through a lot of rough patches in my first two years [at Lowell] and she was definitely there for me.”

Lowell class of 2017 alumna Jessica Ngai, who came to know Nickels when she was the junior prom and senior prom sponsor, echoes Stetsyuk’s sentiment. “She was like a second mom who was around to help me when I was having a crisis,” Ngai said. “Junior prom almost would not have occurred if she did not recommend a venue. She always knew what to do and say in those kinds of situations.”

Unaware that Nickels had been ill, Stetsyuk, Ngai and many members of the Lowell community were stunned when they received an email from Ishibashi on Sept. 26 announcing her passing.

In Nickels’ Registry, Ishibashi, English department head Meredith Santiago and academic counselor Amber Wilson came to support Nickels’ students as assistant principal Dacotah Swett read aloud Ishibashi’s email. While a box of tissues was passed around, students shared memories of Nickels. One of her Registry students, junior Stella McGinn, had emailed Nickels a few days after the start of the 2018-2019 school year to ask how she was doing and to tell her how much the class missed her. “That was before I knew anything,” McGinn said. “I definitely thought she was going to come back and it was heart wrenching when I found out that she wasn’t.”

Ishibashi had learned during the summer that Nickels was ill, and shortly after the start of the current school year, he informed Santiago of Nickels’ illness. Soon after, Nickels underwent a successful surgery to remove a brain tumor that had developed as a result of the metastasizing cancer, according to Cohen-Cox. Lowell administrators and staff anticipated Nickels would resume teaching at the start of the spring semester.

Ishibashi remembers one particularly poignant exchange he had with Nickels while she was in the hospital following her surgery. “I was texting her. I told her to stay strong, okay? We need you here,” Ishibashi said. “And she replied, ‘No, you stay strong. You’re the one who needs to run the big school.’”

Like her colleagues at Lowell, members of Nickels’ family, also thought that she would be well enough to return to Lowell next semester. Cohen-Cox recalls that Nickels was visibly better after the surgery. “She was so much happier,” Cohen-Cox said, noting that she did not understand the severity of her grandmother’s illness at the time. “I didn’t realize how bad everything was,” she said. “ [The doctors] kept saying there was hope and that [the brain tumor] was the problem.”

After seeing her grandmother noticeably improved, Cohen-Cox says she gained a new sense of hope. Nickels’ appetite had returned for the first time in months, prompting Cohen-Cox to decide to make her grandmother a cheesecake, one of her favorite desserts. “I went and got all the ingredients with my baby sister and we kind of made it together,” Cohen-Cox said. “I brought it to [Nickels] and she liked it. It was really nice to know that I did something good and she was happy.”

Although Santiago says she was shocked by the news of Nickels’ death and that it was “very somber” in the English department once Nickels’ colleagues learned of her passing, she also remembers many light-hearted times she enjoyed with Nickels. Santiago recalls many of these fond memories taking place during her first year at Lowell, when she and Nickels shared a classroom, as they both taught expository writing. Santiago remembers one particular day, when she was sitting in the classroom and Nickels was playing “You Make Me Feel (Mighty Real),” a ’70s disco song by Sylvester. “She had disco music blaring and she was dancing around the classroom,” Santiago said. “I just remember thinking, ‘This woman is hilarious.’”

Born on Dec. 30, 1946, in Lewiston, Idaho, to Mary, a teacher, and Walter, a pilot for Pan American World Airways, Nickels was the first of four children. When Nickels was a teenager, her family moved from Lewiston to Enumclaw, a suburb of Seattle, Washington, where she attended Enumclaw Senior High School.

After graduating high school, Nickels attended Central Washington University, where she majored in English literature. In 1965, while a freshman in college, Nickels participated in a United Farm Workers of America grape boycott, where she met Charles “Chuck” Cox, who would become her husband in 1970. Together, Nickels and Cox joined the Peace Corps in March 1971, teaching English as a second language (ESL) to elementary school children in Amphur Muang in Kalasin, Thailand for two years. In their third year of volunteer duty, Nickels and Cox transferred to a secondary education unit in Bangkok to work on a textbook project, extending their time with the Peace Corps for a fourth year. Nickels and Cox returned to Washington in June 1975. Two years later, Nickels gave birth to their son, Nathan. The couple divorced in 1983.

In 1984, Nickels, along with Nathan, relocated to San Francisco and began teaching high school ESL. She went on to earn a Master of Arts degree in Instructional Technologies from San Francisco State University and became a teacher at Buena Vista Horace Mann, before joining the Lowell faculty in August 2006.

A highly dedicated teacher who cared deeply about her students, Nickels often devoted entire weekends to grading her students’ papers, according to Cohen-Cox. “Some weekends she’d be inside all day, just grading papers and she would write notes on every single line,” Cohen-Cox said. The door to Nickels’ classroom office and her refrigerator at home were her own personal yearbook, covered with photos of former students and of her with other teachers chaperoning school dances and other events. The walls of her classroom, Room 133, were filled with movie-style posters for The Catcher in the Rye and Things Fall Apart, which her students had made for a class assignment.

While Cohen-Cox says she and other members of Nickels’ family are still deeply mourning the loss of their beloved relative, they have all been touched by the overwhelming support from Nickels’ friends and students.