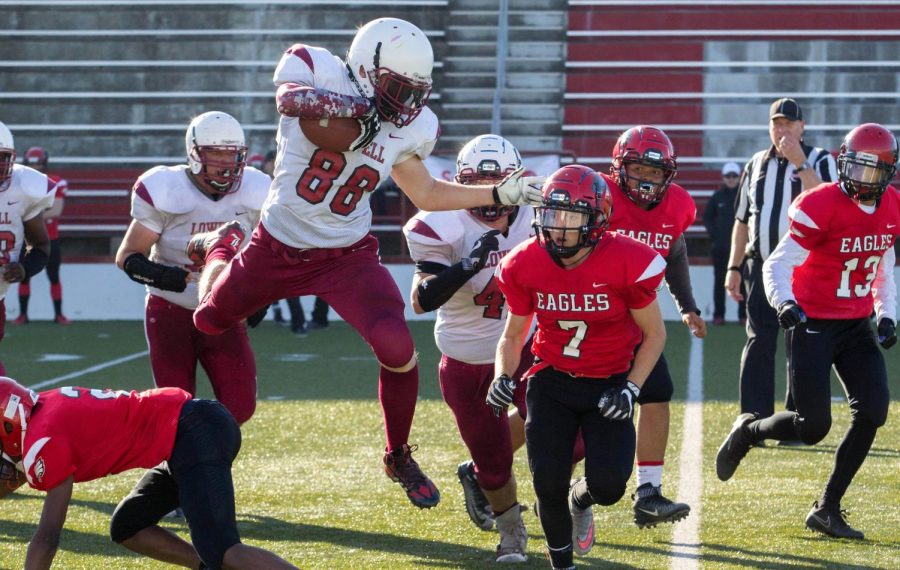 Senior running back Treyvor Turmon jumps over an Eagle defender.

The varsity football team shut out the Washington Eagles in the annual Battle of the Birds game on Oct. 19. Heading into the game, the Cardinals were hungry for their first win.

Sophomores running back Benjamin Ng and quarterback Jeremiah Hizon scored a touchdown each in the first quarter, followed by two-point conversions. The Cards were up 14-0 at the end of the first quarter. The second and third quarters were scoreless.

Lowell dominated the field on the defensive side of the ball. Senior Antony Romero secured two interceptions during the game.

In the fourth quarter, senior running back Treyvor Turmon scored a rushing touchdown to seal off the 22-0 win against the Eagles.

This was the Cardinals’ first win of the season and their first shutout game since 2013, when they beat the Burton Pumas 46-0.

Their final game of the season against the Lincoln Mustangs has been canceled.