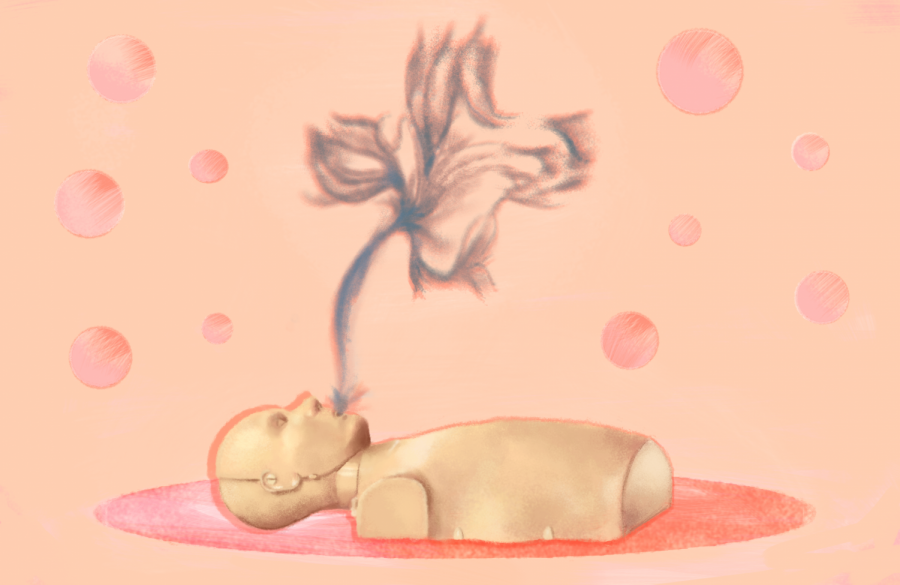 If faced with a life-threatening emergency, would you know how to perform first aid and CPR? If so, then you are a part of the minority at Lowell.

In the 2017-18 school year, 72 percent of 120 freshman surveyed reported that they were unable to provide cardiopulmonary resuscitation (CPR) due to lack of skill. Sixty-nine percent stated that they wouldn’t provide first aid for the same reason.

Among 86 seniors of the class of 2018, these percentages lowered to 54 percent and 57 percent, respectively.

At Lowell, alumni and students are planning to turn these statistics around by providing accessible CPR and first aid training for Lowell’s student body.

Since March, a group of Lowell students and alumni brought together by class of ’17 Lowell alumnus David Dela Cruz have been working to add first aid and additional CPR training to Lowell’s health curriculum.

In previous years, the San Francisco Fire Department would lead one CPR training session during the school semester. Currently, Lowell’s semester-long health classes contain one to two sessions of compressions-only CPR training led by the health teachers and no further first-aid training. These sessions omit rescue breathing, or the act of mouth-to-mouth or mouth-to-nose breathing into a patient’s lungs in order to supply the patient with enough oxygen to survive. Rescue breathing is not always necessary during resuscitation.

Currently, Lowell’s health teachers teach a short CPR course that teacher Judith Brooks maintains is effective. The health teachers receive all of their training from an SFUSD school health program and are not required to be CPR certified. Despite this, Brooks, who began teaching health in 2017,  was certified while helping to administer the course. A representative from an SFUSD school health program led students through a demo of compressions-only CPR with dummies.

To Brooks, CPR education for high schoolers is important. “CPR saves lives,” Brooks said. “Students should have the skills and the confidence to do it.”

CPR is a crucial step in the recovery from out-of-hospital cardiac arrest. When performing CPR, a bystander must administer compressions to the center of a patient’s chest at a steady rate. According to the American Heart Association (AHA), over 90 percent of people who suffer cardiac arrest outside of hospitals will not survive, but bystander CPR can double or triple the patient’s chance of recovery. In the “Heart Disease and Stroke” 2016 report update, the AHA reported that, out of 350,000 instances of cardiac arrest in 2016, only 46.1 percent received bystander CPR.

Possible explanations for these low rates are the lack of time, finance, and incentive among students and adults. While student resources such as the Red Cross club and the Junior Reserve Officers’ Training Corps program teach standard first aid and resuscitation to their active members for free, outside courses can be inconvenient and costly for other students.

Cruz and the other project leaders want to bring awareness to the importance of emergency first aid. By incorporating first-aid training and a longer CPR course including breaths into a mandatory class, they hope to bring life-saving skills to the largest possible percentage of Lowell’s community. In doing this, they are encouraging students to be more responsible. “Not only will you have the ability to potentially save a life, we hope that the course will also inspire you to take care of each other out in the world,”  Cruz said.

If the student-led initiative is approved and funded, a week-long course will be fitted into the regular school semester health course. The goal of this course will be to certify all health classes in CPR and first-aid.

In order to accomplish this, the project’s team reached out to an organization which will set up a system to certify health teachers in CPR and first-aid training through an in-house training session. This organization is not yet confirmed and will remain unnamed. So far, the project had been presented before the school board.

This initiative grew out of Lowell’s JROTC program, where Cruz first met and later recruited Lowell students, mostly JROTC cadets and pre-medical students, to the project. The JROTC program was the first place where he and other students received CPR and basic first aid training. They were taught medical skills such as how to assess patients, treat bites, and prevent bleeding. After graduating from Lowell and training to become a state-certified EMT,  Cruz sprung into action and assembled a team of other graduates and current JROTC members to begin his project.

The project has been advancing quickly since launching in March, but the idea of school-wide first-aid education began developing when Cruz was in high school.  “I guess I was always thinking about doing something like this since I was a junior and once I realized the importance of CPR and that not a lot of people really knew about it,” he said, “but I never actually thought that we would be capable of setting something like this up.”

Cruz hopes to show today’s teens that they are capable of making a change in their communities. “I wanted to set something up to show students, especially high school students, that there are things that you can do that can have a significant impact on the world around you at your age right now,” Cruz said.

Cruz has already promoted action among Lowell’s student body. Sophomore Audrey Hermosura met Cruz in Lowell’s JROTC program in her freshman year and was later recruited to join the project. To Hermosura, this initiative is one she hopes will impact her community.

“If we want to make something happen, something as big as this, all we need is a little initiative to just want to make the world a better and safer place,” Hermosura said.