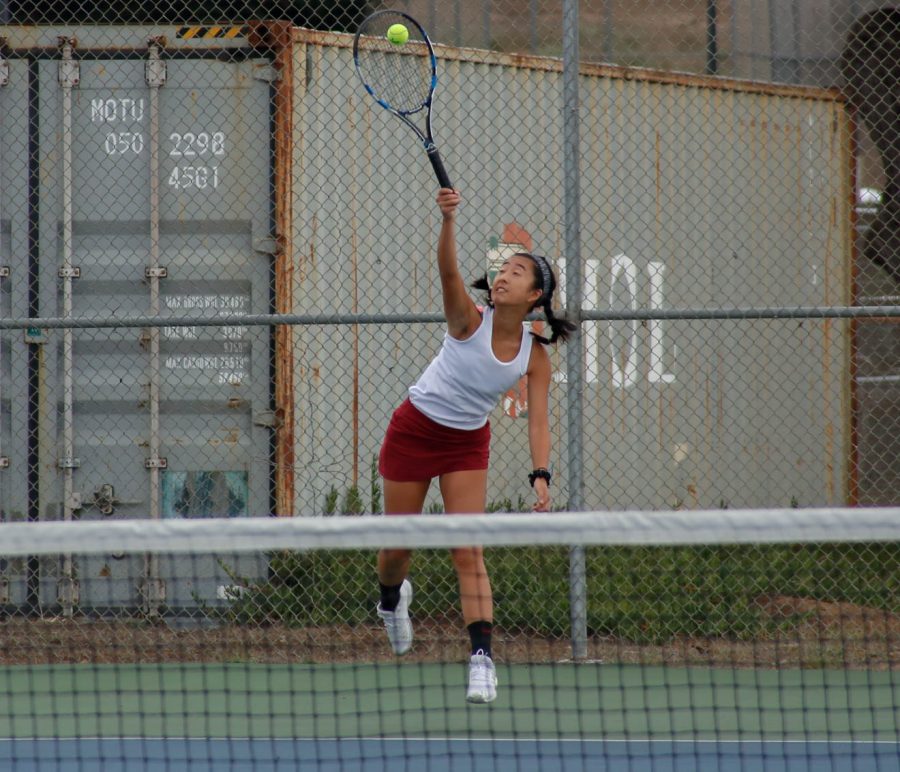 Senior Dephny Duan jumps high for an overhead shot in the game against the Lincoln Mustangs on Oct. 3

The varsity girls’ tennis team continued their seven-game winning streak, securing a 6-1 victory over the Lincoln Mustangs on Oct. 3.

The lineup consisted of four singles matches and three doubles, with senior singles players Madeline Aubrey and Kathleen Mai leading the girls in their victory.

Aubrey won her match in two sets, going 6-2 and 6-0, and Mai similarly dominated, scoring 6-2 and 6-3. Mai attributed much of her success on the court to having previously played her opponent at the Youth Tennis Advantage club. “My main tactic was I knew she didn’t really run,” Mai said. “So I tried to hit short balls and mix it up with some deep balls.”

According to Coach John Mohr, the entire team maintained their consistency and excelled in their serves. In preparation for the All-City in three weeks, he is planning to shift his coaching focus on refining the team’s footwork techniques.

The Cardinals will face off against the Balboa Buccaneers on Wednesday, Oct. 10 at 3:30 p.m. at Lowell.