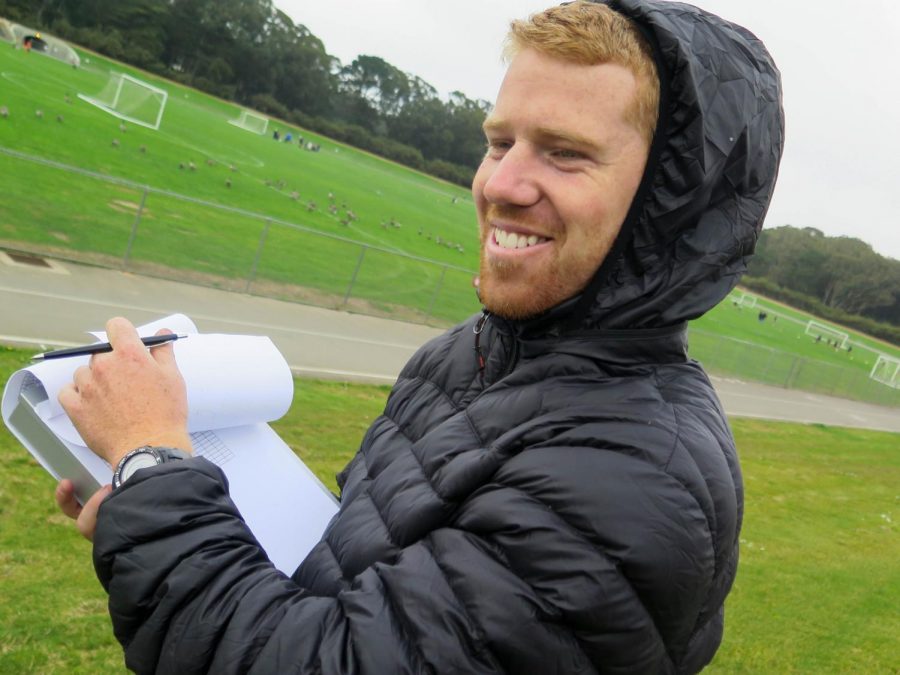 This year the cross country team has experienced a shift in coaching staff, coach Tom Ashby has taken on a larger role on the team; he is now the one that comes up with the workouts. For most of the varsity runners, the shift wasn’t very significant, as most of them have known Ashby since their freshman year. However, Ashby is “trying to refine the team to become a more dedicated group by establishing strict attendance policies,” according to senior co-captain Charlotte Greenhill. Since, Ashby is still new to the system and the cross country team is rather large with dozens of runners, coach Michael Prutz still helps out with the administrative side of the team.

A typical week consists of a long run on Mondays, two hard workout days and the rest of the week is filled with easy runs. The workouts come in various lengths and difficulties: hill repeats at Stern Grove, interval or high-intensity runs and tempo runs around the lake. As part of the new training tactics to get the runners in tip top shape, Ashby has stressed the importance of stretching and drinking lots of water. Ashby has also added core strengthening, striders, which are short bursts of acceleration, and plyometrics after practice.

It is still early in the season, and “most people are far from their peaks,” senior co-captain Henry Lei said, but the team has a clear goal for themselves. He hopes that the team will be ready to go once November rolls around, since the league and state championships are both that month. “Our ultimate goal as a team this season is to hopefully place well at state in the Division 1 race,” Lei said. Last year, the boys team finished 18th out of 23, and the girls team finished in last place. This year, however, the girls team has a lot of depth, which will be essential to placing higher at states. “I think the girls definitely have a shot at doing a lot better at states than last year, thanks to some talented underclassmen,” Greenhill said.

Due to the lack of competition at regular league meets, the Cardinals race at more competitive invitational meets on weekends to get ready for the State Championship. They raced at the Stanford Invitational on Oct. 29 and the Asics Clovis Invitational on Nov. 6.

It’s also very important to note the depth of both the boys and the girls teams. “In the past, we’ve had one star runner each year and a big gap between them and the rest of the team,” Greenhill said. She added that this year, the team has more “committed and hard-working girls.”

Their next regular league meet will be held at the Polo Fields in Golden Gate Park on Oct. 17. The Washington Eagles, Mission Bears, and O’Connell Boilermakers will also be competing.