JV girls volleyball crushes the Eagles at Battle of the Birds 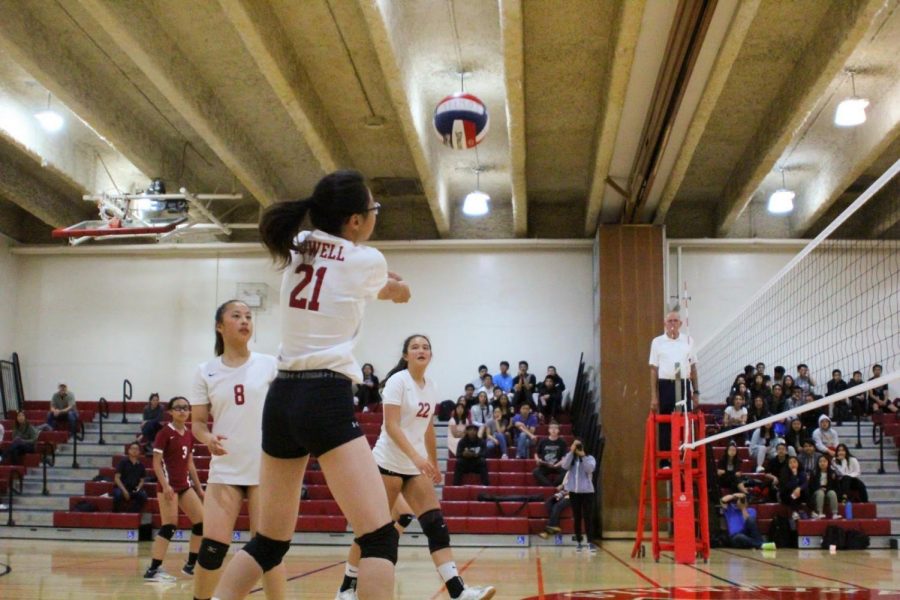 Freshman Heather Liu bumps the ball back over the net on Sept. 14 against the Washington Eagles in the annual Battle of the Birds volleyball game.

The JV girls volleyball team defeated the Washington Eagles in the annual Battle of the Birds with a score of 2–0 on Sept. 14.

In the first set, the Cardinals showed off their strong defense, which brought them to a seven-point lead. “I think we all played well. We really worked together as a team,” sophomore co-captain Gabriella Quach said. Lowell secured a 25–5 win at end of first set.

At the beginning of the second set, the Cardinals struggled to maintain their momentum from the first set and started off tied at 6–6. “Our communication definitely could’ve been better,” Quach said. “But, we’re gonna work on that through the season.” Despite the fallback, Lowell still won the second set at 25–12.

The JV girls volleyball team will be playing against the Burton Pumas at home on Sept. 21 at 4:00 p.m. Their next home game after that is against the Mission Bears on Oct. 2 at 4:00 p.m.