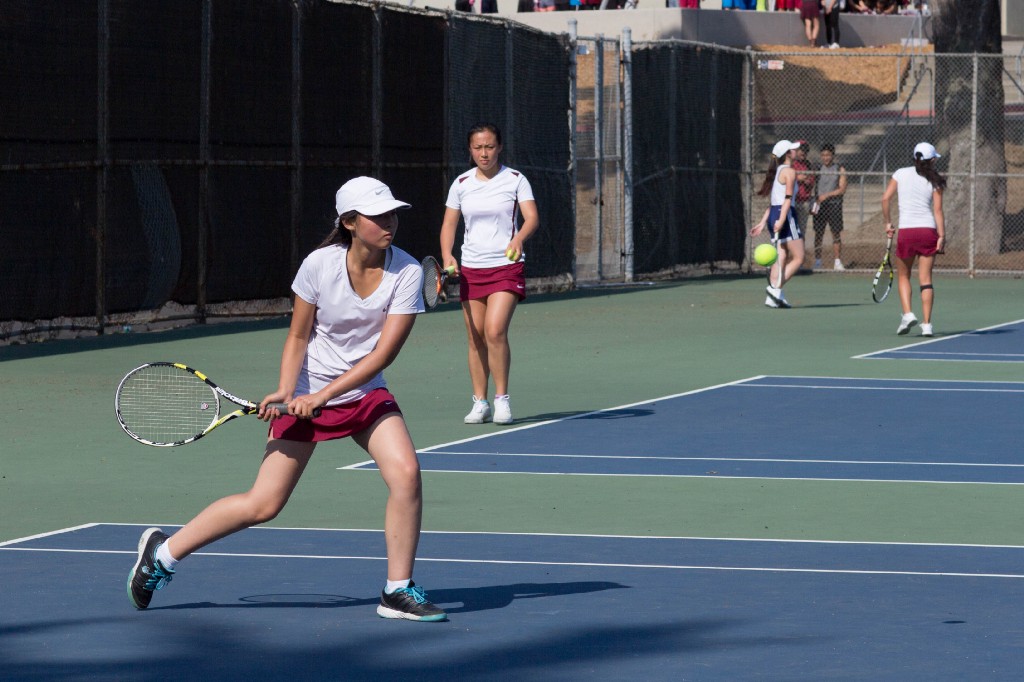 Freshman Emily Chen plays against the Buccaneers on September 7 at Lowell. Photo by Chris Hackett

Looking to extend its reign as the AAA’s All-City champions, the girls’ tennis team started the season strong, sweeping the floor against the Balboa Buccaneers 7–0 on September 7.

“Sometimes it seems like such a bigger field by yourself” 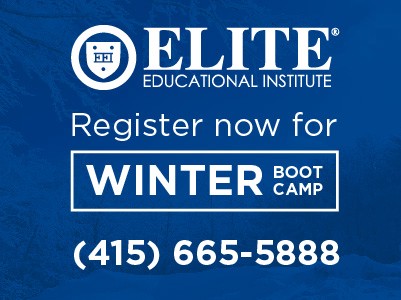 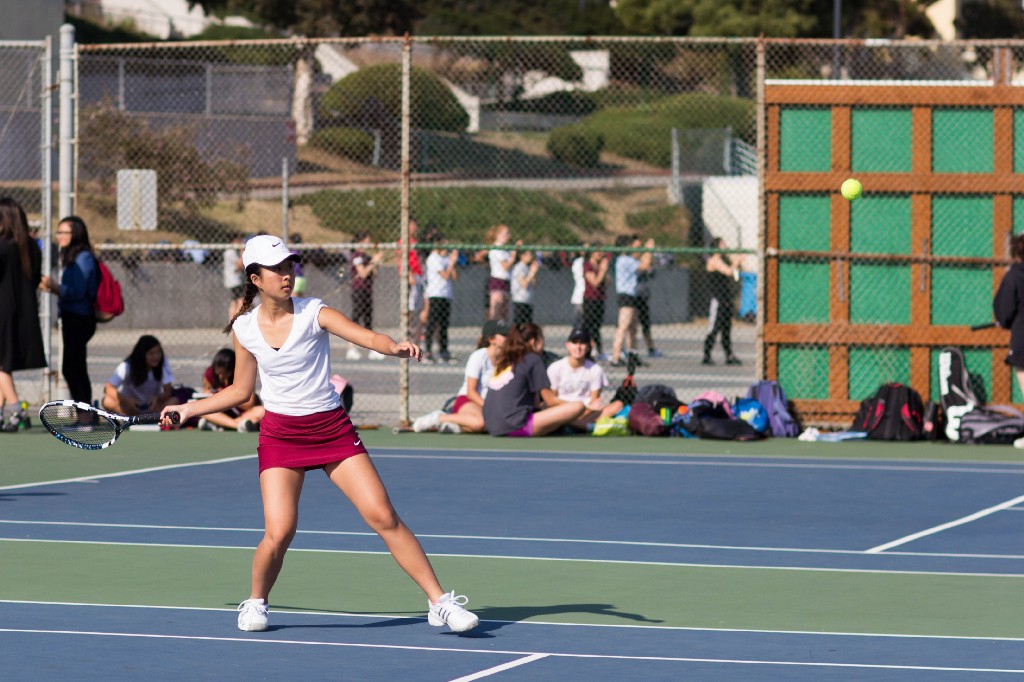 Sophomore Dephny Duan gets ready to return the ball. Photo by Chris Hackett

One of the freshmen was nervous because it was her first match and she never played competitively before. “Playing with another person [in doubles] is helpful because they are there to say ‘It’s okay’ if you miss a shot,” Kaplan said. “Sometimes it seems like such a bigger field by yourself.”

The Cardinals next game will be against the International Jaguars on September 12 at 4 p.m. at Lowell.