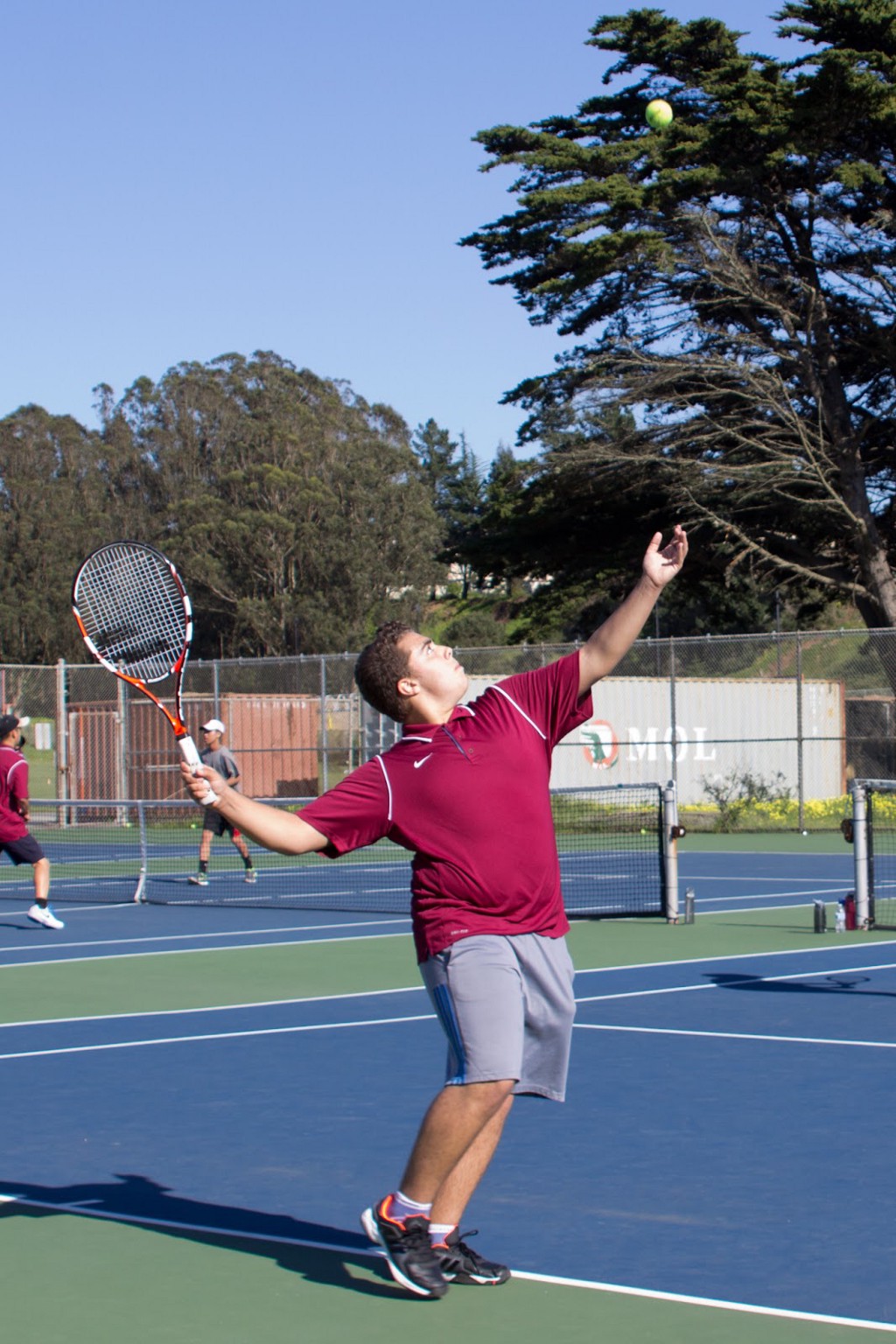 With no seniors this season, the boys’ tennis team remains confident and triumphant, sweeping the courts with an overall 6–1 win over the Washington Eagles on March 17.

Junior co-captain Maxwell Ho led the team in the number one singles match, with a 6–3, 6–0 victory. The number two singles player junior Ryan Wong followed close behind, winning 6–3, 6–0 in his match. Sophomore Oak Gast lost his first set 2–6, but came back strong with a close 7–5 second set. However, he fell short in his third set losing 7–10. The number four singles player junior Jack Ieong finished off his match with 6–2, 6–2. 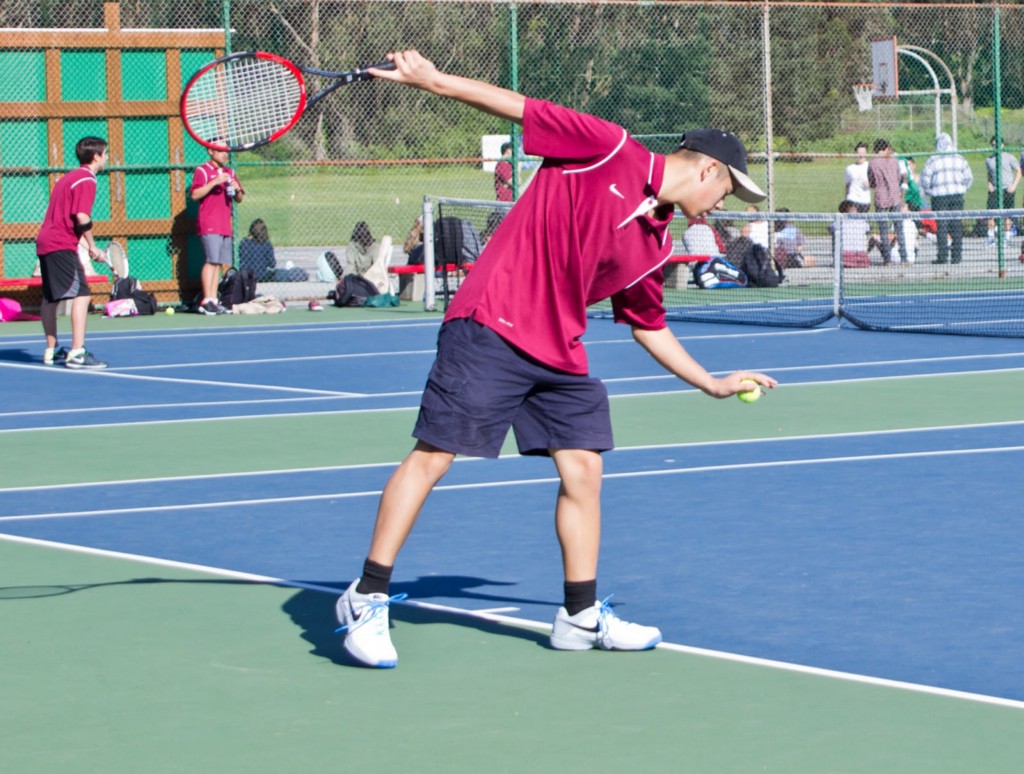 Although the Cardinals came out on top, co-coach John Mohr believes the team still needs to improve on consistency and volleys. “We did great today,” Mohr said. “Our play is much improved. Foot work’s better, serves looked better, everything. We still need to work on a few things, but we’re getting there.” 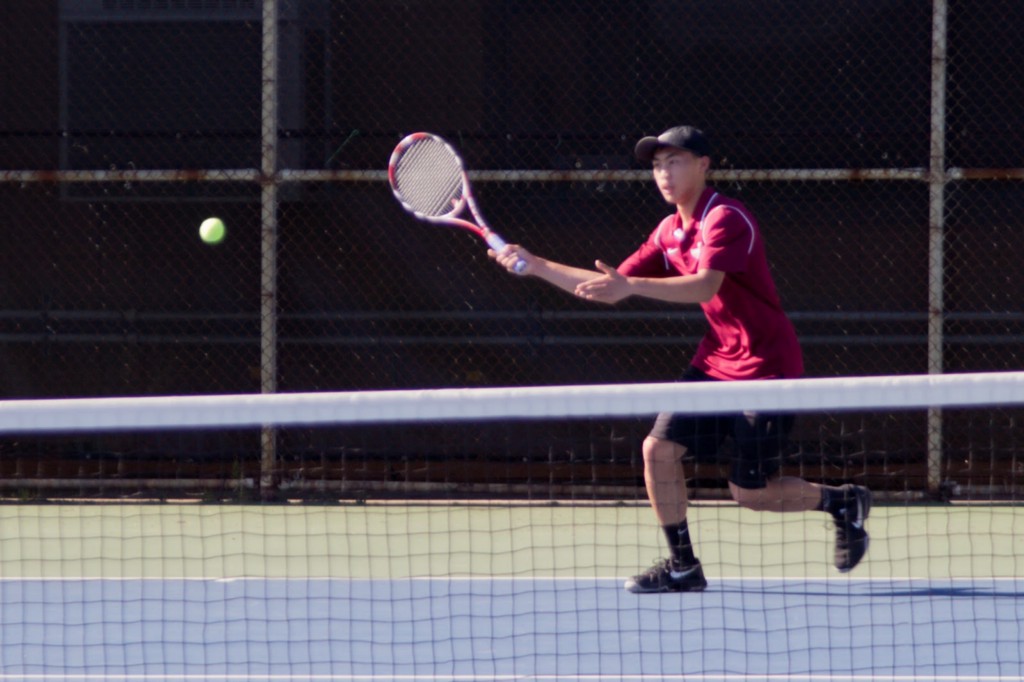 Junior Ryan Wong gets ready to hit a forehand swing in his singles match. Photo by Alexis Picache

Without any seniors this season, the juniors have had to step up and assume a bigger leadership role this season. Junior co-captain James Sutton enjoys the challenge. “It’s kind of exciting,” Sutton said. “I like it because there are a lot of juniors getting a lot of experience this year, so that means next season, we’ll have a lot of really experienced, really focused seniors. It also means a lot of the young guys get more playing time too. We’ve got a lot of young talent on the team.” 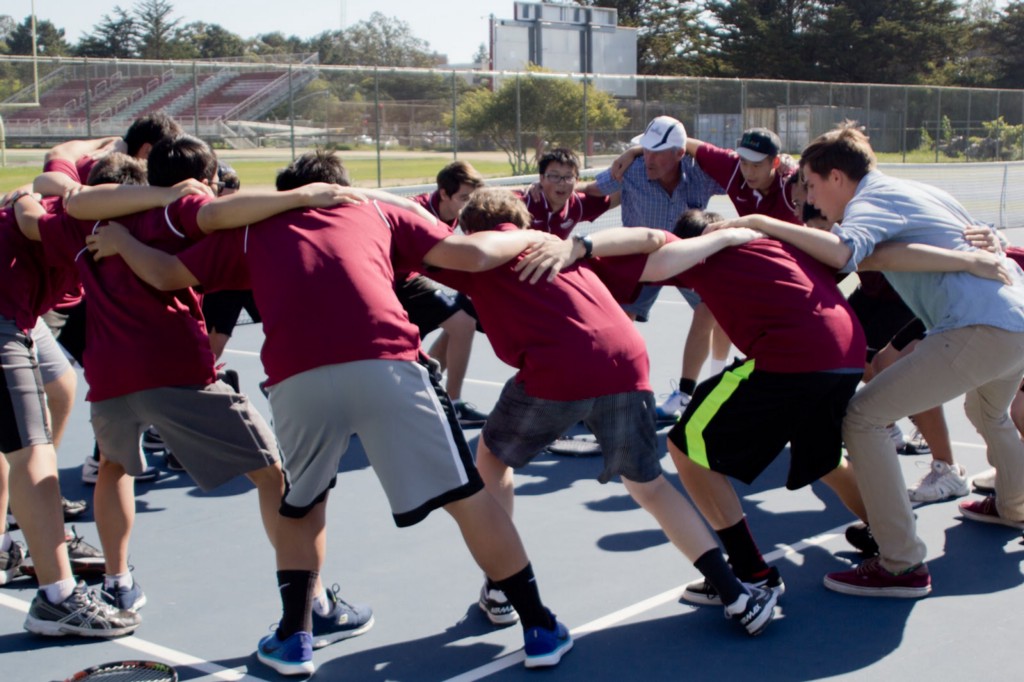 The team huddles with co-coach John Mohr before the game. Photo by Alexis Picache

For the past two seasons, the team has only been able to advance past the first round of the NorCal championships. This season, the team hopes to make it past the second round this year. With consistency and improvement, Mohr believes they can get there. “We’re playing some tough teams,” Mohr said. “I’d just like to see everybody improve and enjoy the game.”

The Cardinals lost 7–0 to the Saint Ignatius Wildcats on March 18 but defeated the Balboa Buccaneers 6–1 and Stuart Hall Knights 3–2 on March 22. The Card’s regular season record is currently 3–0.

The team’s next match will be at Lowell against the Lincoln Mustangs at 3:30 p.m. today.