Softball bats their way to win championship for six-peat victory 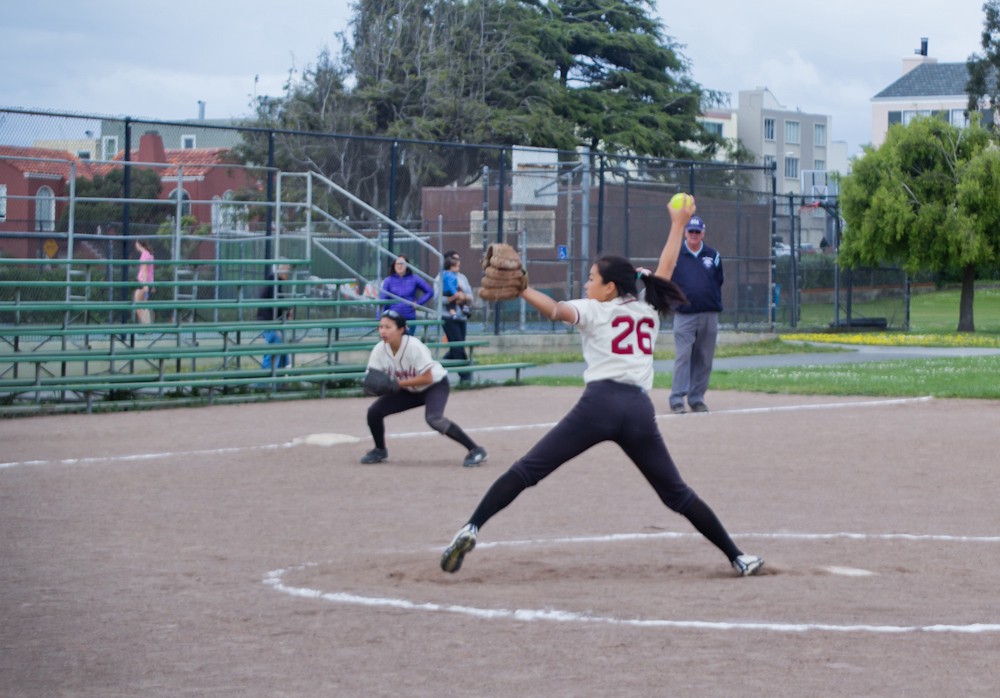 Sophomore pitcher and outfielder Kelly Lai pitches during the playoff game against the Galileo Lions on May 5. Photo by Alexis Picache

The varsity softball team clinched their sixth consecutive win in the Academic Athletic Association’s championships today, defeating the rival Balboa Buccaneers at James Lang field with an end score of 3–2.

They defeated the Galileo Lions in their playoff game on May 5 to advance to the championships.

Throughout the playoff game, the team was consistent on defense, allowing only two runs for the Lions. Offensively, the Lady Cardinals came out strong, with freshman first baseman Ella Gibson hitting a home run and sophomore pitcher Kelly Lai and senior second baseman Joey Wong scoring a run each in the bottom of the first inning. The three runs in the third inning and two runs in the fourth put the team solidly on top, building an 8–0 lead. 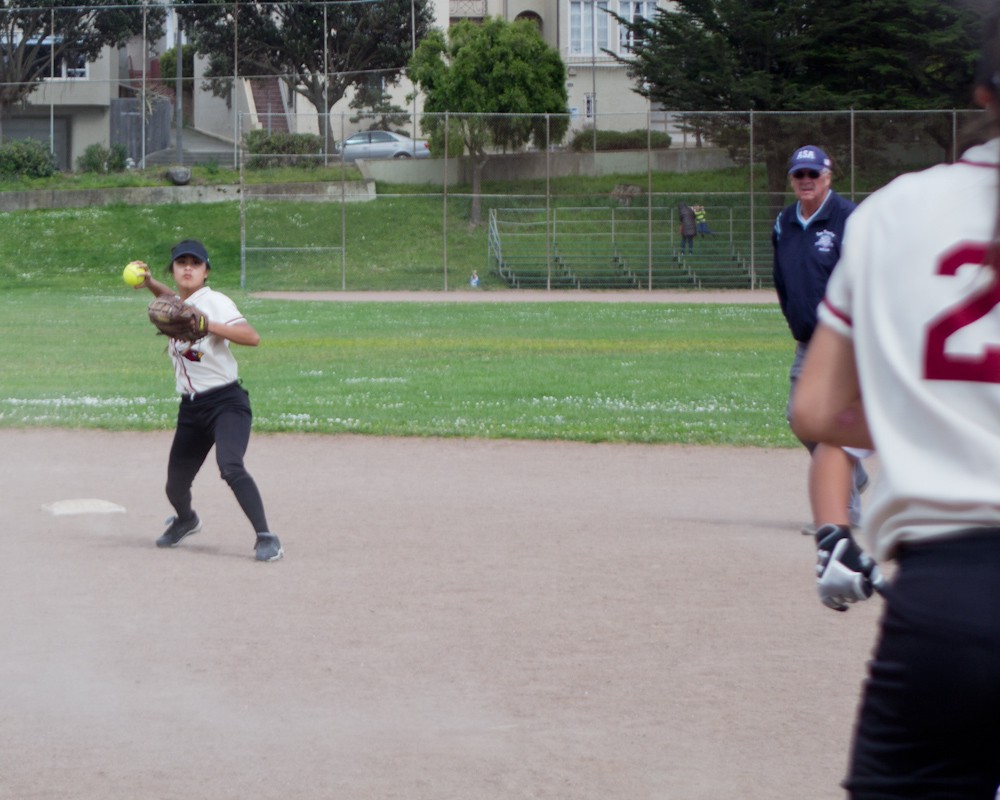 Senior shortstop Kathleen Perez throws the ball to first base during the playoff game against the Galileo Lions on May 5. Photo by Alexis Picache

Although the Lions scored two runs in the top of the sixth inning, the Lady Cards held their ground and allowed no runs for in the top of the seventh, sealing their spot in the championships. “We definitely weren’t supposed to go to champs this year because we were seen as the underdogs,” senior shortstop Kathleen Perez said. “All our hard work showed off in this game. We deserve going to champs.” 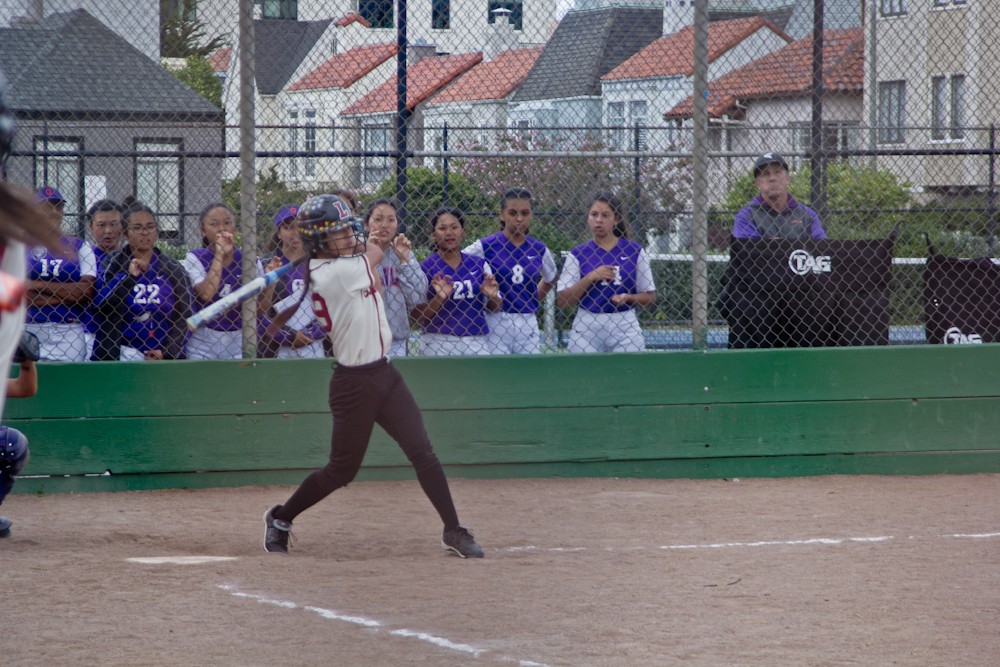 Junior outfielder Hannah Lee bats during the playoff game against the Galileo Lions on May 5. Photo by Alexis Picache

After losing last year’s star pitcher, the team did not know if they would go as far as they did in previous years. However, Lai stepped up to the plate, literally and figuratively. “[Coach Taylor-Ray] made me want to become a pitcher because I knew we didn’t have a pitcher, and she said I looked good as one.” Lai practiced almost everyday after school in the fall in preparation for the pitcher position.

The team tied for first in the league’s regular season with the Lincoln Mustangs, finishing with a record of 12–4.