Vars boys’ volleyball fight for a spot in the playoffs 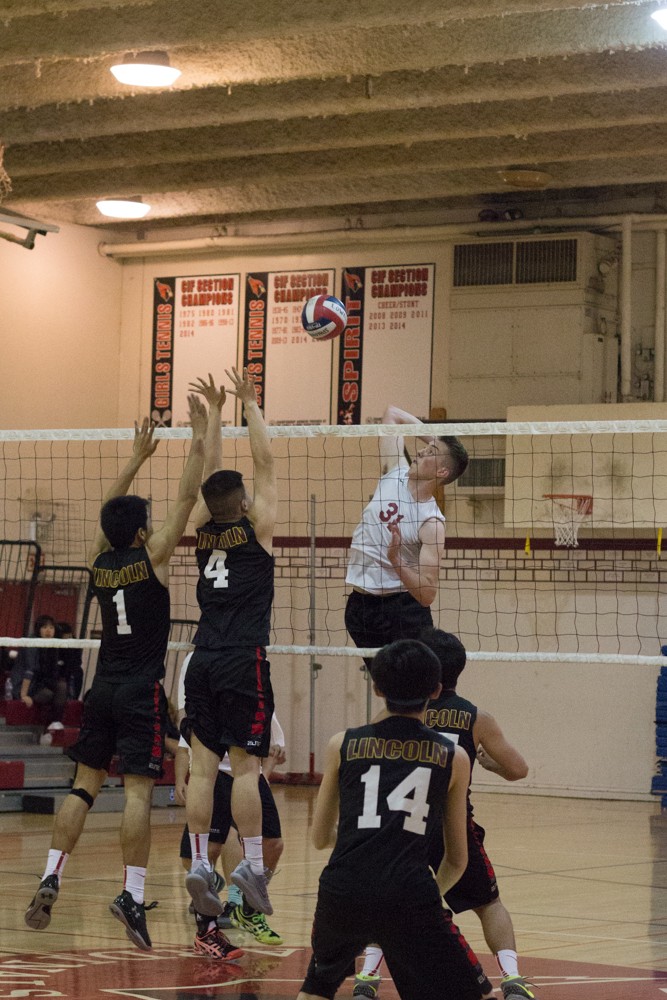 After losing last year’s championship title to the Washington Eagles, the varsity boys’ volleyball team are ready to take back the Academic Athletic Association title. Currently the Cardinals are tied at third place with the Eagles and hold a regular season record of 4–2.

The team has two games left in the regular season. Wins from both upcoming games will secure their spot in the playoffs. Their next game will be against the O’Connell Boilermakers on Friday at 5 p.m. at Lowell. 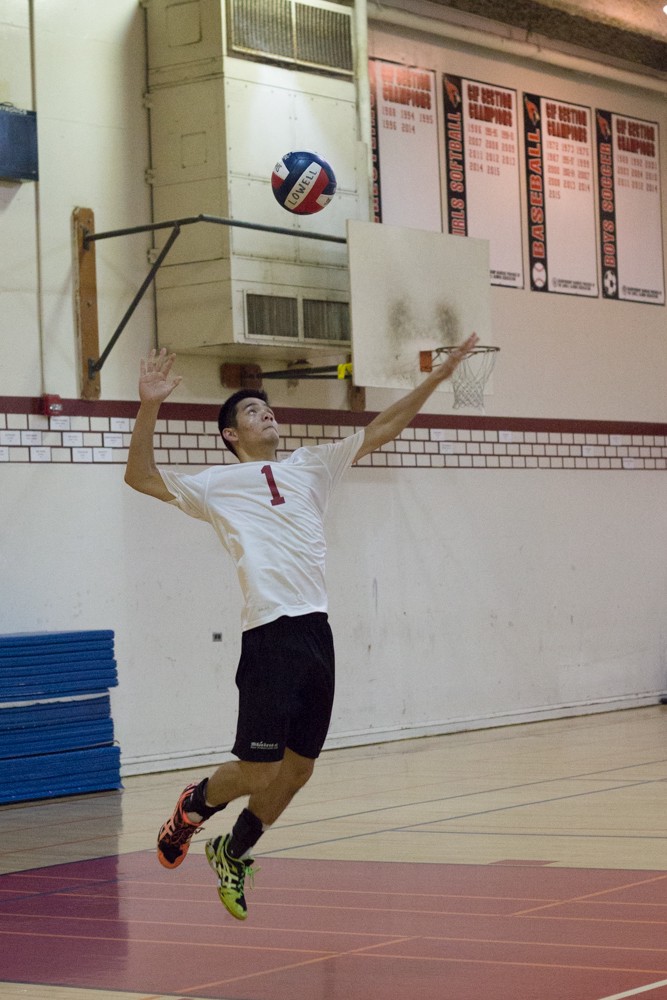 Senior setter Calvin Lee jumps to serve the ball in the game against the Lincoln Mustangs on April 20. Photo by Ciara Kosai 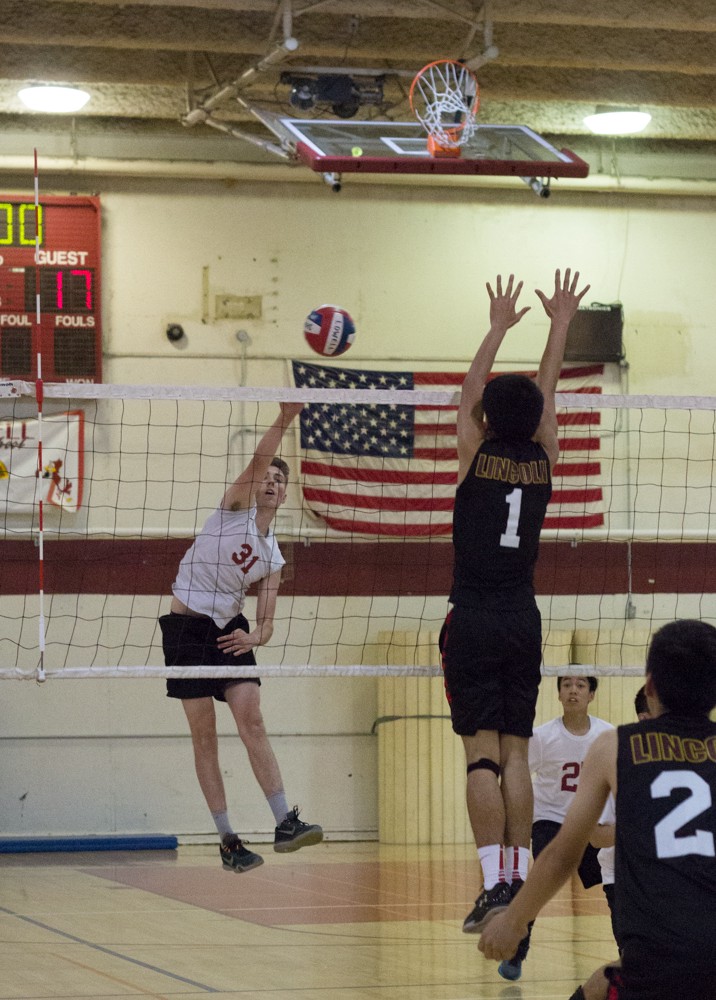