Lowell senior Rachael No grips her putter tighter as she takes a few practice swings, adjusting her angle to counter the slope of the green. The 20 feet between her ball and the hole loom before her. Both her teammates and the opposing Washington players watch from the side, fingers crossed and breaths bated. She knows that the title of individual champion rides on this one shot. Taking a deep breath, No steps forward, takes aim, and carefully taps the ball. Both teams hold a collective breath as the ball shoots forward, true to its target, curving with the green’s slope–and drops into the hole.

“The fact that I won was a miracle.”

With this rare 20-foot putt, No helped the girls’ golf team defeat the Washington Eagles 441–499 to claim this season’s championship title on Nov. 3.

No took the title of individual champion with a score of 83. After she tied with Washington player Allison Wu for the best individual score on the last hole, the two proceeded to a playoff round to settle the score. The two players were evenly matched after they hit their first shots in the same place, but No found herself at a disadvantage after hitting her second and third shots in a bad position, according to No.

However, No made a full comeback when she sank her memorable putt for a four-shot par. “The fact that I won was a miracle,” No said. “Because even though she had an advantage, I ended up making my shot while she missed hers. That just emphasizes the importance of short game in golf, which is something that I’ve been trying to teach the team the whole year, and this is actual proof to help them understand.” 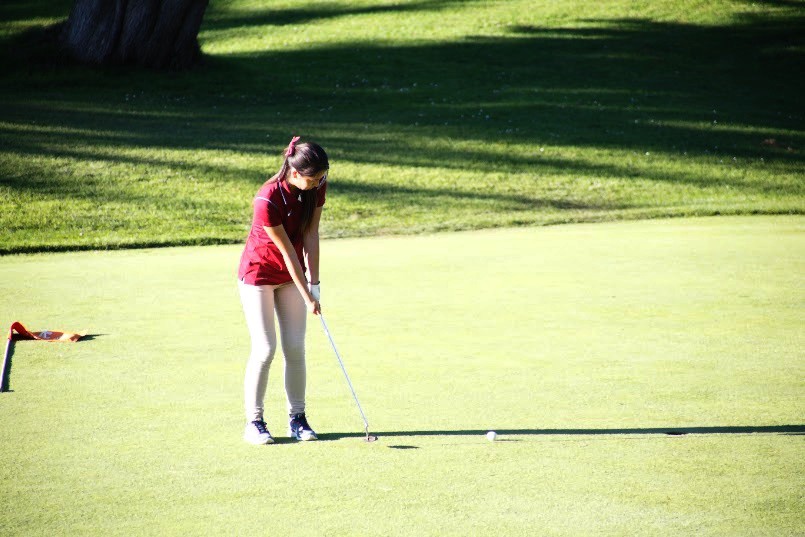 Senior Sheridan Louie attempts a putt in the Cardinals’ 205–272 victory over Lincoln in the semifinals on Oct. 29. The Cardinals won the championship 441–499 on Nov. 3, beating the Washington Eagles. Photo by Aida Irving

No’s playoff putt was the most outstanding moment of the game, according to senior Kayla Choi. “Rachael made an amazing final putt to come back with the win,” Choi said. “We were all so happy for her and we all knew that she worked so hard for that medal. We cried and screamed and it was an amazing moment.”

The team lost to Washington in the championship match 267–281 last season, making this year’s victory even sweeter. “Losing to Washington last year was really rough, so the fact that we won this year just makes me incredibly happy and proud to be part of this team,” senior Emily Brandau said. “It also feels great to win since I’m a senior. It’s like going out on a high note.”

“We were playing the only school we lost to last year, so the match was extremely nerve-wracking.”

The Cardinals’ victory in the championships was not the first time they beat Washington this season. In their previous game against the Eagles on Oct. 20, the team beat its rivals 206–228, despite the setbacks caused by the rain and the pressure from its loss to Washington last year. “We were playing the only school we lost to last year, so the match was extremely nerve-wracking,” No said after that match. “The score was really close and there was a lot of pressure riding on this. Even if Wash messed up, we couldn’t just slack off and take it easy, we had to use it as an opportunity to take the lead. Every shot mattered.”

Looking back, head coach Robert Ray said that the team has grown the most in consistency, allowing the Cardinals to step up their game and beat Washington. “In last year’s championship match we did not play our best or even close,” Ray said. “This year even when we were not playing our best, we knew it would only last one or two holes and we had the ability to shake it off and par the next hole. Also the focus this year was really high, and after the loss last year the girls were determined to give it their all by practicing and playing more, and it has showed because all eight girls were shooting their best scores ever.”

The team came in 11th place when they advanced to the Nor Cal State tournament on Nov. 10 at The Club at Crazy Horse Ranch in Salinas. 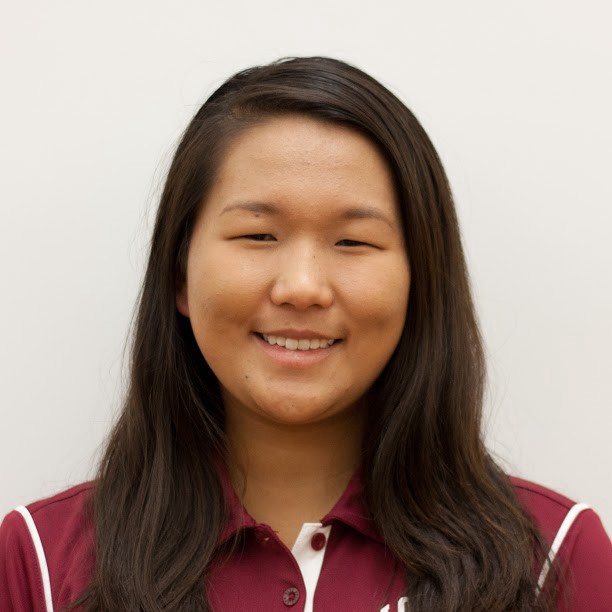 In addition to ranking as the individual champion of the championship match, No earned the title of The Lowell’s Most Valuable Player of the season. Her constant desire to both improve her skills and focus on the whole team’s weaknesses pushed her to be the best golfer she could be, according to No. “My dad is the co-coach, and at this final game I tried to utilize everything he had taught me over the course of the whole year,” No said. “Usually, each week I tried to focus on one aspect of my game, and this time I tried to compile everything. That’s what really helped me win, trying to piece every part together.”