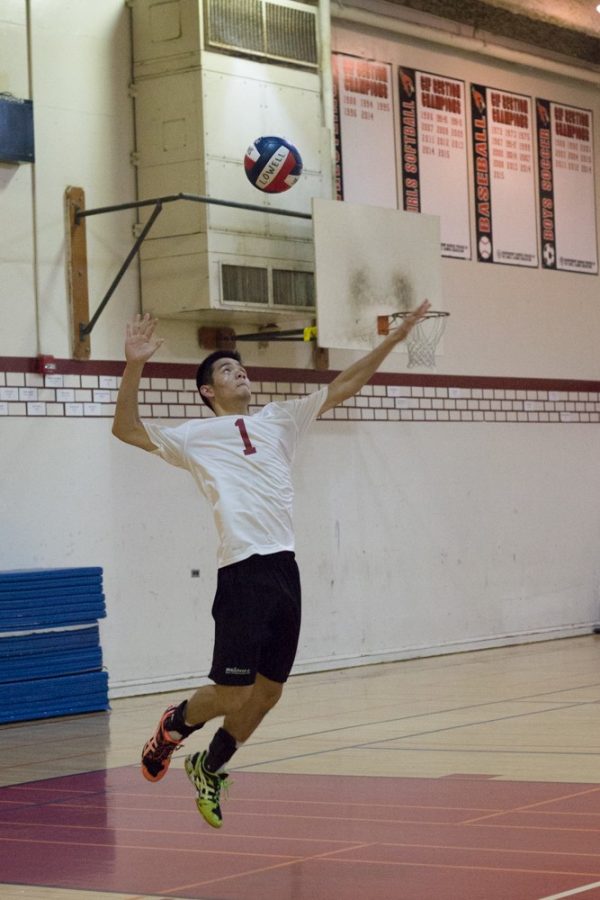 The Cards were unable to keep the game close in the second set. The team had a problem with serve receive and being stuck in the same formation since a team can only rotate once it wins back service from the opposition, according to senior co-captain Teagan Mucher. “They went for a run of about eight or nine points and we just weren’t finishing our plays like we should,” he said “We would get a decent pass or a good set but we didn’t have the hit to finish it off. Being unable to side-out (win back service) is a very grave problem. If you can’t side out, the opponent goes on runs like Lincoln did and they carry all the momentum and we lose confidence.” The Cardinals lost the second set 25–11.

However, the Cardinals were able to regain composure and came back to win the third set 25–23. “We lost our momentum during the second set because there was a position switch,” said senior Mike Santos. “We just had to adjust to the switch and rebuild the chemistry and confidence.”

The Cards continued their strong play into the fourth set. They rallied hard and even led for part of the set until the Mustangs pulled ahead to win 25–21. Overall, they lost 3–1. Even though the team did not win this game against the Mustangs, it was still a learning opportunity for the team. “We were much more aggressive in this game compared to others, but we need to work on consistency with hitting and passing and overall communication,” said Mucher.

After this loss, the Cardinals came back to win 3–0 against the Wallenberg Bulldogs on April 27 and beat the Galileo Lions 3–2 on April 29. The Cardinals are fifth in the league at 3–2 and take on the O’Connell Boilermakers at Lowell at 5 p.m. on May 6.