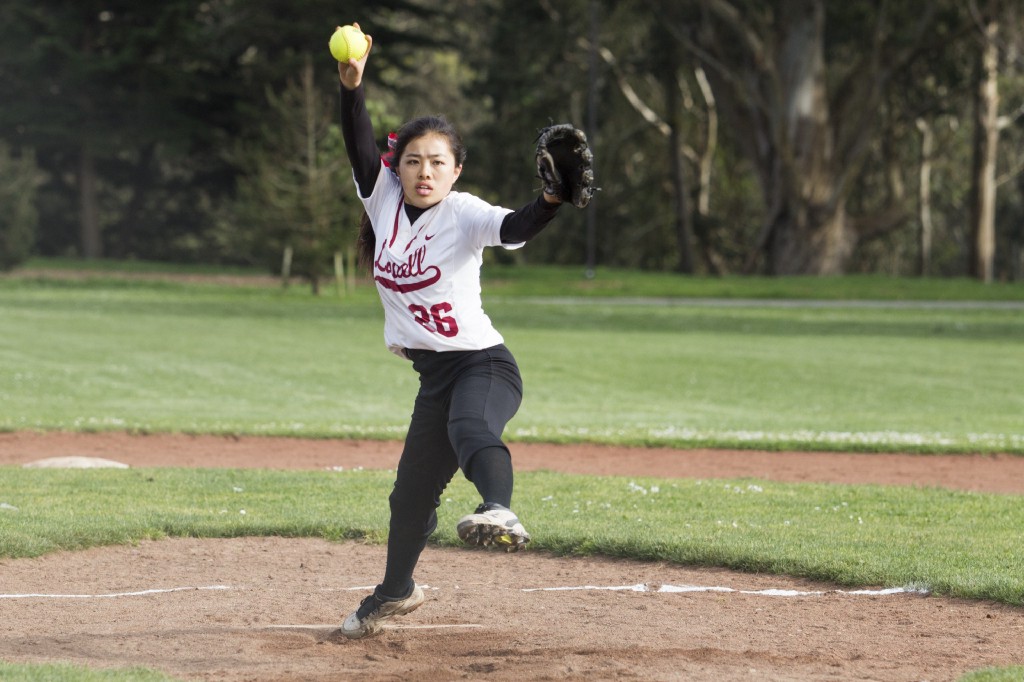 Junior pitcher Kelly Lai pitches the ball during a game against the Lincoln Mustangs on March 16. Photo by Leonard Caoili

After a 15–13 loss against the Lincoln Mustangs on March 2 at Parkside, the varsity softball team came back and defeated the Mustangs 11–6 on March 16.

However the game began to slow down, with both teams teams ending innings quickly. At the end of the fourth, the Cards were ahead 6–1.

The game began to pick up in the top of the fifth, when senior second baseman Hannah Lee bunted and was safe at first base. After successful hits from junior outfielder Makaena Gee and junior pitcher Kelly Lai, Lee slid home, scoring the first runs since the second inning. However, the Mustangs picked up the pace in the bottom of the fifth, scoring two runs. Cards led 8–3 at the end of the fifth.

The Cardinals didn’t score in the top of the sixth despite getting a few hits. In the bottom of the sixth, the Mustangs tried to get their players on base, but Lai caught every hit they made and passed to freshman utility player Eyuche Okorie, who tagged out three Lincoln players in a row, ending the sixth inning with Lowell leading 11–3. 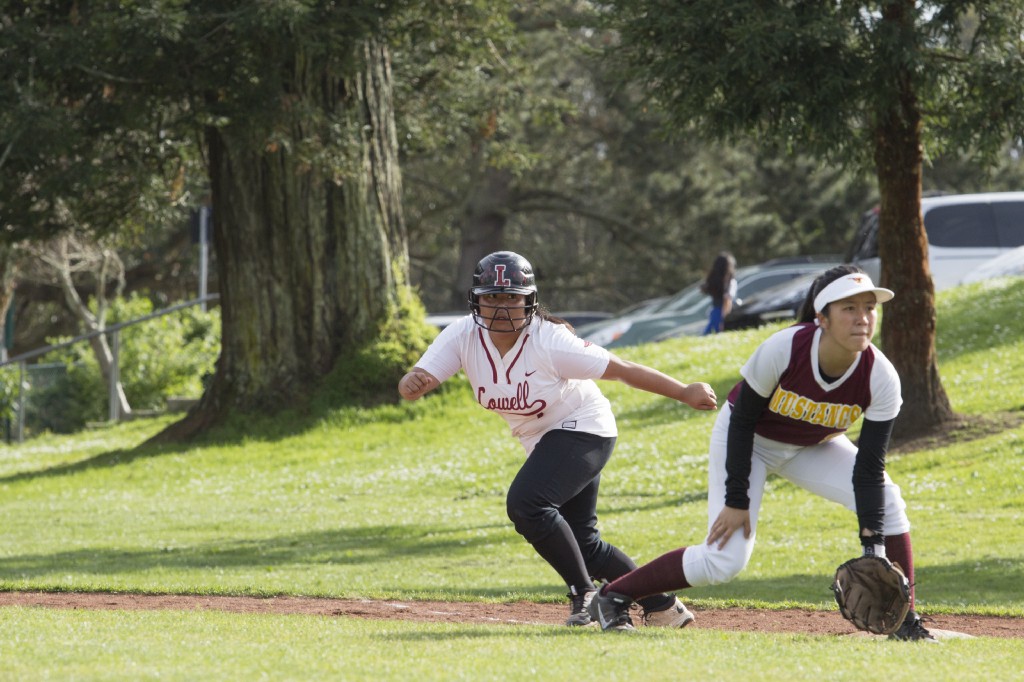 Senior outfielder Reem Bercasio makes a run for the next base in game against the Lincoln Mustangs. Photo by Leonard Caoili

In the final inning, the Lowell defense stopped the Mustangs from coming back. With two outs and the bases loaded, one of the Mustangs at third base almost slid into home base, but Lee tagged her out, ending the game with a 11–6 win for Lowell.

The game was the first Lowell win at Parkside since the 2014–2015 seasons, which was exciting for the team according to Lee.

Senior second baseman Hannah Lee slides to a base. Photo by Leonard Caoili

The Cardinals will face the Galileo Lions on Tuesday at 3:30 p.m. at James P. Lang Field.