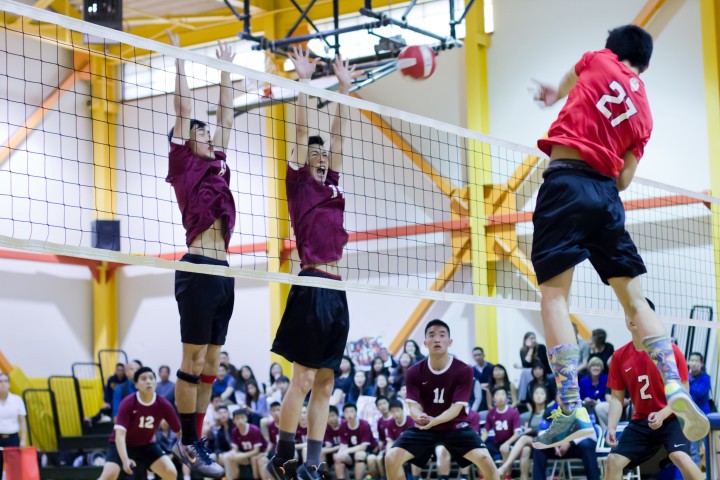 Senior Joshua Sim (left) and junior Eric Huang (right) defend against the Washington Eagles in the championship on May 21. The Cardinals lost 3–0, taking second in league-play. Photo by Alexis Picache

After an intense game, the boys’ varsity volleyball team fell to the Washington Eagles in the championship on May 21. The Eagles won three consecutive sets — the first set 25–23, the second set 25–16 and the third set 25–21.

“This is the first game in a long time where we stayed positive the entire time, and we can’t ask for more.”

Though the team lost, everybody remained positive until the end. “This is the first game in a long time where we stayed positive the entire time, and we can’t ask for more,” head coach Steven Wesley said.

Assistant coach Joshua Jung praised the team’s determination. “We had a little lull of five or six points, but the guys fought, and were there each point,” he said.

One of the biggest struggles was getting the team to stop overthinking. “The players on the court that just went for the ball on their instincts only outshined some people who were a little tentative,” Wesley said. “That was the most difficult part — getting everyone to just react versus being calculated on everything.” 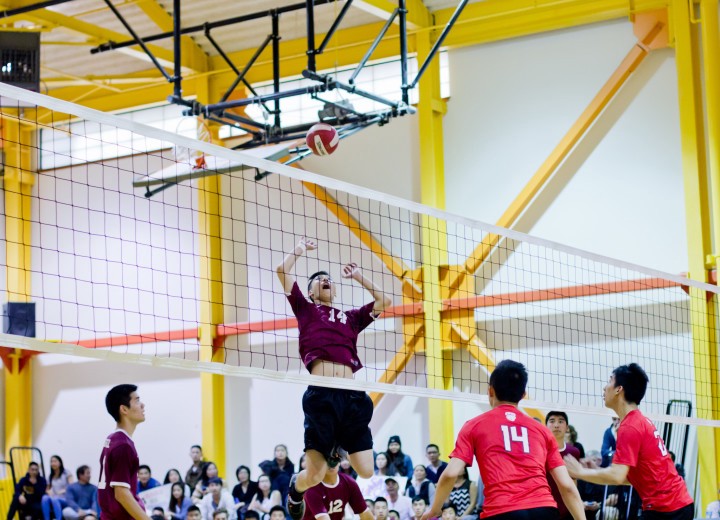 Huang preps to spike the ball. Photo by Alexis Picache

Looking back, one of the main goals of the season was to bond and improve. The team needed to rebuild after nine seniors on the team graduated last year, so teamwork was vital, according to senior captain Jeffrey Lee. “The biggest goal this season was to take a bunch of new guys and returning guys, and make them play together as a team, as if there is no returning group or new group,” Wesley said.

“The guys fought, and were there each point.”

Working as a team was not always easy. As with every new team, the players didn’t know each other well at first. Communicating openly was also a problem. “There’s some underlying expectations that come into the season, not just from a coaching perspective, but from the players themselves, ” Wesley said. “Halfway through the season we expressed those expectations, and things got better.”

Now, the team has gotten much closer. “I wouldn’t trade them for anything, at the end of the day,” senior Reginald Wong said. 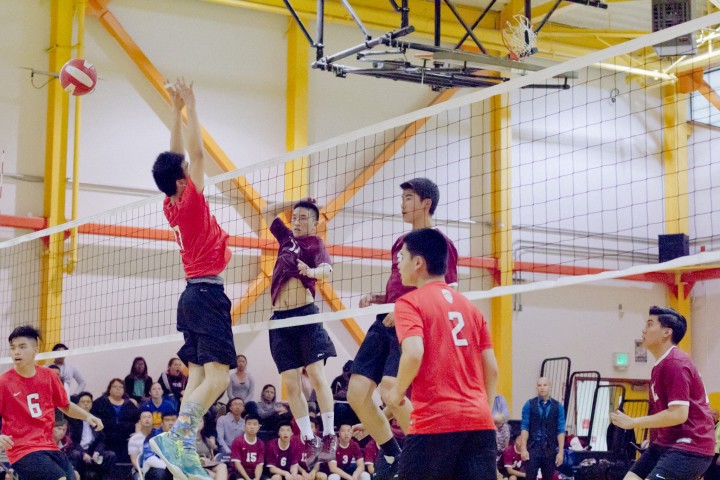 As the seniors leave, they also leave with bittersweet memories. “Looking back as a senior, joining volleyball was the best decision I made,” Wong said.

The seniors laid their hearts out on the court. “Every move that I did on the court was a culmination of the four years that I practiced and played, and I’m proud of that,” senior Joshua Sim said

Time marches on, and the team looks forward to next year. “We have a lot of returners,” Jung said. “We put ourselves in a good position to be competitive again next year, because we keep improving.” 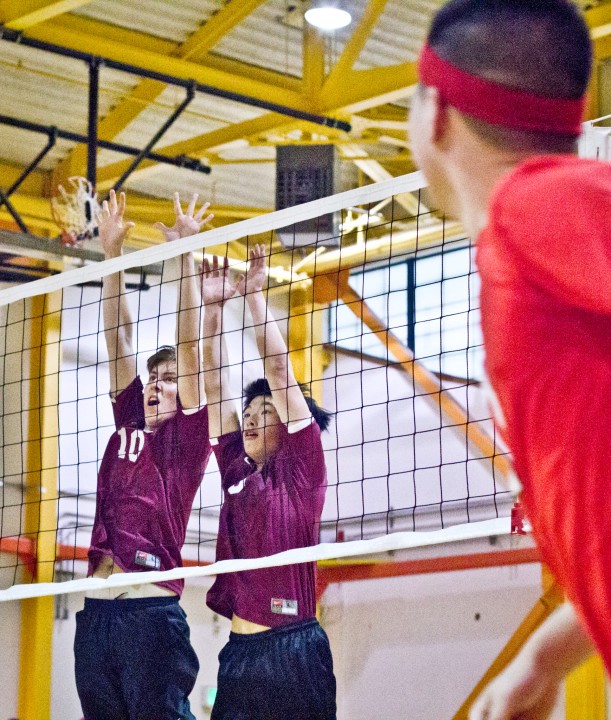