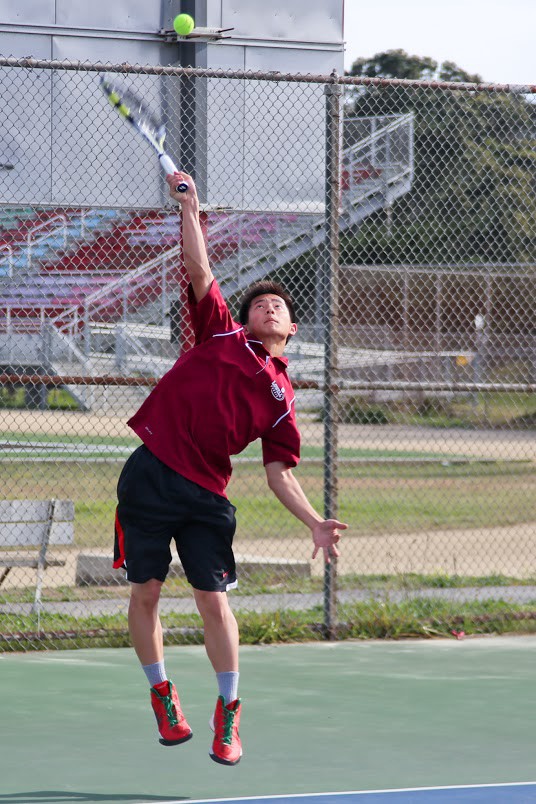 Sophomore Jack Ieong smashes a serve in his singles match against Wallenberg on March 12. Photo by Karina Huft

With a new coach duo, the boys’ varsity tennis team is preparing to ace its way through the upcoming season and past All-City finals.

Returning players are especially looking forward to their matches with private schools outside of the Academic Athletic Association, such as Lick-Wilmerding. “They’re our biggest rival,” sophomore James Sutton said. “We almost beat them last year, but we lost 3–4. But this year we can get them.”

“They say when skills are similar or close, tennis is a battle of minds.”

In last season’s match with Lick-Wilmerding, Lowell swept the doubles games, but fell short in singles. Although playing with high intensity and vigor for their singles matchups, nerves got the better of them, ultimately resulting in a majority of lost deuce games, according to Sutton.

“I would say we have to work on not being as tight or anxious, which happens a lot in tennis, because it’s an individual sport and a lot of pressure mentally as well as physically,” Sutton said. “They say when skills are similar or close, tennis is a battle of minds. We’re working on better communication in doubles, mindful meditation and warm ups that release tension before matches.”

Senior Jacob Ganz believes that they have the potential to finally beat Lick during their next match on March 17. “Last year Lick was one of the top two teams in the city so we came in as the underdogs, and it was big for us to get so close to victory,” Ganz said. “It definitely gave us confidence for the rest of the year and made us believe. This year we are also extremely motivated to win and hope to be able to come on top this time.” 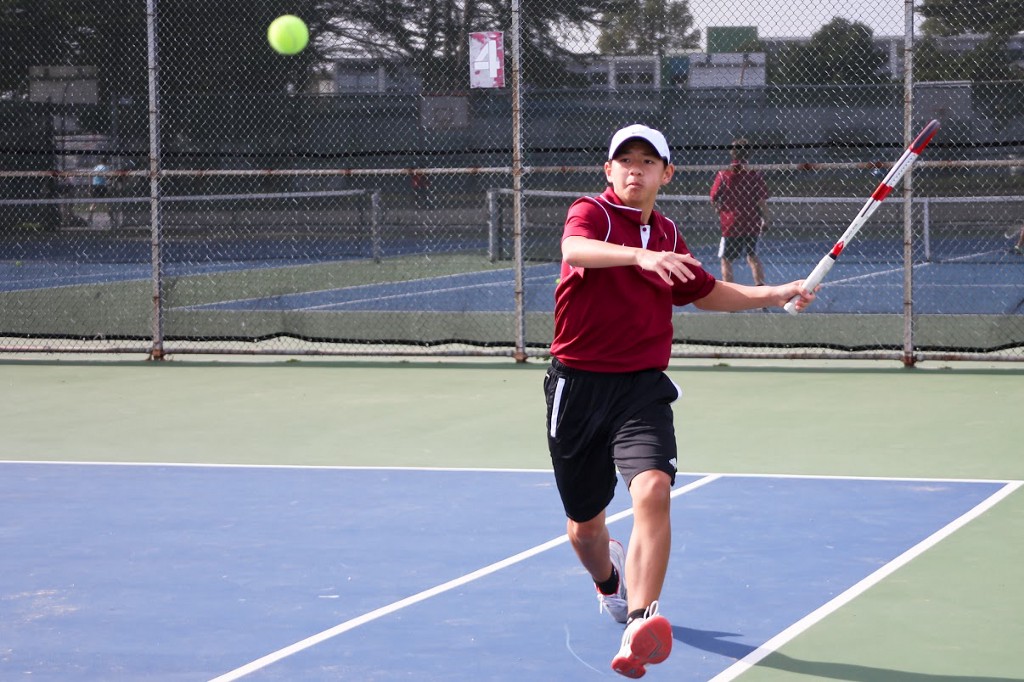 Freshman Trevor Leong waits to hit a forehand in his doubles match against Wallenberg. Lowell won the watch 5–0. Photo by Karina Huft

“I think for the team this year, our biggest goal is to try pushing past the first round at Norcals, possibly the second,” Sutton said.

The new drill methods head coach Bryan Lee plans to implement aim to enhance new and returning players’ skillsets. “We’re mainly focusing on one drill at a time because in past seasons we tried to cover multiple skills during practices, which was largely ineffective,” Lee said. Having lost many of their doubles players, this season the team is practicing more on doubles movements, volleys and live hitting, according to Lee.

“With so many new members, we really want to work on integrating them into the team.”

The team also welcomed a new assistant coach, Ryan Sass, who started teaching as a biology teacher at Lowell this semester. Sass played tennis throughout high school and into college, where he met current head coach Lee, playing for the UC Santa Cruz Slugs. Sass also coached Nike tennis camps in Santa Cruz, and was the coach for the tennis team at Mira Costa High School in Manhattan Beach, California before moving to San Francisco and joining his former teammate in hopefully leading the Lowell tennis team to a victory at All-City finals.

“My goal is to be able to see a positive difference made from being here,” Sass said. “I want to help these guys compete and learn more technical skills. If I could see them succeeding competitively and technically, I would feel like I was making a meaningful contribution.”

With ten new players added to the roster, the team is planning to strengthen its bond through weekly games such as frisbee. “We have a really deep team this year,” Ganz said. “With so many new members, we really want to work on integrating them into the team.”

You can catch them at their next match against Lick-Wilmerding, Tuesday, Mar. 17 at City College.